Video Games Theatre, the future of leisure in the context of Akihabara – Archiprix 2019

The idea behind Video Games Theatre in Tokyo’s Akihabara area, Hanna Jankowska’s master thesis for the TU Eindhoven, is to create a compelling, dynamic space that would engage players and spectators alike.

Can you briefly explain your choice of subject?
The graduation studio ‘The Future of Leisure’ was the 9 months architecture design studio carried out in the Department of the Built Environment at Eindhoven University of Technology. During the 9 months, the studio went through different research and design phases performed by students on both individual and group levels. As a result, each student had to come up with the architecture design solution related to leisure activities. The project has time set in the future, more precisely in year 2030. In that way, students did not only have to research leisure activities as we know them today, but also to investigate future leisure concepts, and express their own predictions and ideas about how leisure activities are going to evolve under the influence of many factors that the next decade is going to bring.

In architecture profession, I have learned how necessary leisure is for well-being. For me, the most important leisure concepts are the ones we can practice daily and share with others. Yet, I think all our experiences can be intensified by architecture, which is created using diverse ingredients from the location to enrich the design and embed it in its context. That is why I have decided to focus in my graduation project on the issue of leisure and its importance in everyday life, where architecture can enhance our experiences and a community sense. I believe, as architects we need to think flexibly to understand the situation we design in, and to adjust to the processes and emotions the location and users are driven by. In this way architecture can fulfil the demands of its milieu but also quickly respond to the changes and challenges of the future.

What or who are your sources of inspiration?
For me, the most important source of inspiration is the ordinary, things that we do regularly, actions with which we engage daily. In those I seek moments that are precious and try to cherish all the small interactions between people. What is important to me, is to create architecture which tells a story of a place it is in and people it is made for. Thus, my design is strongly based on research and many times results in new typologies of architecture, which can evolve, thus being able to answer questions of the future.

Can you point out the key moment in your graduation project?
Developing my graduation project was rather a steady process, in which I can define 5 key moments. At first, it was solely focused on research of leisure as an element which enriches everyday life. The first step was defining leisure as a practice of exploring the world by collecting unique experiences. This led to the understanding, that the most important leisure concepts are the ones we can practice daily, which are simply fun to do, and which give us the feeling of freedom and sense of community, contrary to an anonymous character of contemporary living.
The second step was to see the future of leisure lie in between real and virtual spaces. The transition to the virtual domain happened so quickly that many didn’t even noticed the change. Today the amount of virtual communities is growing, and probably all of us are part of at least one of them. However, the concept of virtual is associated with expectations for beyond body and matter which is not entirely true. In fact, the real and virtual are not detached but exist along each other and interrelate, while architecture is a mediator between them.
The third step was a search for an everyday activity, which would give a community sense, an adventure and exploration, and the idea of virtual and dream. The element that seemed to fulfil them all is the concept of play – a voluntary process that strengthens us, helps us to live in a society, and gives positive emotions. So as with leisure, play is also a process that unfolds in time, thus it is an aspect of human development. However, the most important thing is that play is simply fun. It allows the immersion into a dream and fantasy and can be practiced everyday by anyone.
In the fourth step, I defined a medium that could fulfil all the above mentioned, and one of the most complex and influential media of the 21st century is a video game. Video games are cultural artefacts where the emotions and passions of players and makers are engraved. What is interesting in video games is the possibility of creating own world which can be shared with others, one that can be entered or left at will. What video games offer is an enormous fun, creativity, immersion and the feeling of connection to the community like no other medium can do.
All the above mentioned led to the fifth step – defining a research question and creation of a new building typology – Video games theatre as a theatre of the future. From this point on, the choice of location and design came naturally.

Project text
The combination of virtual and real, as in a video game, is popularly regarded as something that transcends the purely material. The two are not detached but exist alongside each other. And architecture can mediate between them. The spaces inside the theatre offer the same level of immersion and complexity whether the game is on or off.

Leisure is an important aspect of life and a key factor in human development, enriching our lives with a welter of experiences. It is a journey that unfolds as it proceeds, a medium for exploring the world. Video games will play a crucial role in the leisure of the future. They offer ways of interaction not possible before, giving players a degree of creativity, involvement and connectivity beyond the scope of any other medium. This is what prompted me to design a Video Games Theatre, followed by the question of how a video games centre can become a theatre of the future and a medium for future leisure. And how can a building become a video game itself?

A study of the history and future of video games helped to shape the design and choose a perfect location in Akihabara. An analysis of the future of the Japanese gaming market shows clearly what a building should offer its users so that they in turn can contribute to developing the gaming industry. The design derives from the context of Akihabara by using the idea of virtual communities settling in a physical space, together with the area’s architectural elements and the latest hardware and software on sale in Akihabara’s shops. It was completed by the idea of a city as a fluid series of ever-changing events, with the street as a key vibrant component of city life. Further to this, the design uses a model popular within Akihabara’s creative industry, one that involves both players and makers in the process of game development. So the building is based on creativity and on the initiatives of individuals. This makes the theatre personal and enables it to be developed to meet the future needs of the gaming industry.

What are you doing now?
Since January 2018 I am working as a Junior Architect at OMA office in Rotterdam

What do you hope/want to achieve as a designer in the near and/or distant future?
As an architect I would like to design not only beautiful buildings, but meaningful architecture which responds to the questions of today and future. For me it is important to design based on extensive research of a place and a community the project is intended for. As an architect I would like to focus on things in our daily life that are ordinary, and by creating meaningful spaces enhancing emotions connected to those everyday elements and activities, transforming them into special experiences. Thus, it is important for me to work in an existing tissue, by strongly connecting to the elements that are encountered in it. This approach can occur in variety of scales and forms, and possibly not always be characterized by the same language.
To develop my design skills, I try to be actively involved in the design process. I hope this will help me to gain experience necessary to lead a project in the future. To me, it is important to design not as a separate entity but with a diverse and ambitious group of people devoted to creating the best quality of architecture possible.

From the jury report
“The task is interesting; a new typology is being explored that brings the gamers and the makers into dialogue with each other. It is quite conceivable that such a function could have enormous potential for both groups.”

In collaboration with Archiprix, Archined publishes the graduation projects selected by the Dutch design schools for the Archiprix 2019. 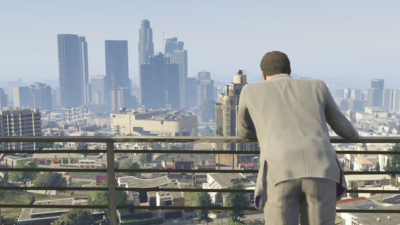 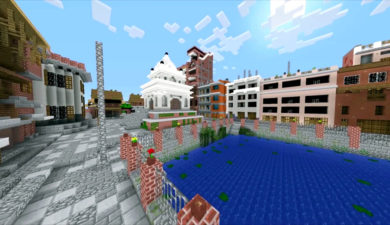