In Defense of Diversity

Ania Molenda makes a plea to build spaces where we can be confronted with, and negotiate the differences in our melting pot cities.

We give names to things but we don’t give many names to relationships.[1]
Christopher Alexander

Coexistence combines the notions of difference, negotiation and territory. It describes a condition of living in the same place at the same time.[2] And while in its essence coexistence implies a possibility of friction, it is often interpreted as a peaceful state. However, in both social and spatial terms, we can either see it as an active process of negotiation or as a passive one based on tolerance, even ignorance, and avoidance of difference.

By bringing together people of various cultures, religions, races, political views and sexualities, contemporary cities are often praised as melting pots. We call them cosmopolitan, and it’s meant to be a good thing; it suggests that the diversity of coexisting cultures contributes to the prosperity of the city. But accepting the idea of negotiation in modern cities has been an ongoing struggle, where both social and spatial approaches towards coexistence have relied heavily on segregation and isolation that enable tolerance at a distance.

Since the 1970s, individualism and consumerism have, in general, defined human relationships and western culture. While both celebrate difference, this is only as long as it represents commercial value. Individuals grouped according to their interest for the sake of sales eventually become social groups with an identity, which is not based on a common goal or a form of solidarity, but on the way they dress, the computer games they play or the TV series they watch.[3]

Enclosure of society into such groups not only makes them prone to manipulation, but also results in ever larger societal fragmentation and friction. This friction is not based on any justifiable reason, but is based on norms that these groups adhere to originating from strategies of persuasion. Before we know it, we treat them as our own way of looking at others and accept norms we may not agree with, but because they are presented to us as ‘what we want’ we simply absorb them.

Similar processes of categorizing social actions are used in military practices to detect unusual behavior in crime risk management.[4] Here, a comparable pattern of thinking looks at difference as something that is potentially threatening. In order to not appear as a threat, the difference has to be neutralized, concealed or detained to avoid confrontation. Even if it may seem otherwise, the contemporary city largely depends on this mechanism, promoting spaces of homogeneity and of avoidance of negotiation.

Perhaps we can blame it, to some extent, on the legacy of the modern movement, which advocated for clear-cut urban divisions and strove to build an eternal ideal that did not presuppose the possibility of further development. It was, after all, the future. Even though contemporary planning has turned away from this way of thinking, the idea of segregation and efficiency are still present, and synonymous with order and safety. Gated communities, privatized urban spaces, CBDs and shopping malls are all heavily controlled spaces that keep unwanted visitors out. By doing so, they contribute to a growing social divide – both physical and mental. But are these visitors really a threat, or do they simply not conform with social norms? The norm in this case being defined not by the rules of representative democracy, but private interests.

Henri Bergson claimed that there is no such a thing as disorder; rather, the perception of order depends on the relationship between different orders.[5] Perhaps shifting our focus away from order and separation and towards understanding and shaping these relationships is an important step in rethinking the condition of contemporary coexistence – and thus the way we live in cities.

Today, environmental and migration problems in particular are making us face the fact that we are all connected, not only as human beings, but also as part of a larger ecosystem. Understanding the condition of the Anthropocene teaches us that: “We can’t transcend our limitations or our reliance on other beings. We can only live with them.”[6] It is impossible to deny that we are dependent, and exist in a mesh of relationships that we need to maintain rather than break apart. Re-learning to coexist in an active sense translates to the appreciation of being different, and of the fact that it is these differences, rather than consumer-groups, that constitute a public.

In order to coexist, however, we need common spaces, spaces of negotiation that allow – or even encourage – difference. Public space is crucial to that process, because it provides the possibility to negotiate, exercise collective ownership, shared responsibility and stewardship. It represents our right to openly express opinions. Nevertheless, in many cities public spaces are disappearing.

In his recent research Bradley Garrett created a map of public spaces turned private in London.[7] A process that often happens outside of public knowledge and in places crucial for exercising democracy, for example around city halls and offices of public administration. Public spaces have democratic values coded into them because they are collectively owned and we should expect they will be available when we need them, whoever ‘we’ might be.[8] According to Willem Schinkel, to ask what is the meaning of the public and what kinds of public actually exist is one of the key contemporary questions.[9] The notion of the public is crucial not only because it provides a domain for contesting dominant norms, but also for defining forms of solidarity.[10] In order to understand the city, and spaces in it, as spaces of negotiation, not homogeneous spaces of exclusion, we need to let go of individual definitions and allow for more diversity, both spatially and conceptually.

This is challenging, because many norms and concepts have been calcified in the terms we use, to the point that we have stopped questioning them. Perhaps it is time to critically examine those that have become counter-productive for the coexistence of contemporary, connected and diverse societies. One such concept is cosmopolitanism, which on the one hand embraces differences while on the other strives to unite nations around the same values, world view and economy. However, no single universe can define how we should live and organize the world. That’s why estrangement and exposure to otherness are crucial in the way we organize the city. De-emphasizing the familiar, reawakening curiosity for otherness, creating places of ambiguity can help us to rediscover the idea of different publics and public spaces. The idea of the pluriverse offers an alternative, where instead of forcing everyone to adhere to the same norm, different worlds exist next to (and in relationship to) one another.

Allowing openness to linguistic difference is thus crucial to imagine new definitions of relationships that could exist between different orders, but are not yet recognized, because the only form of recognition they currently get is the one of unsuitability. By turning our imagination towards the recognition of shared values, we are more likely to define forms of solidarity while maintaining our differences. This ultimately means that we need to build spaces where we can be confronted with, and negotiate differences, because negotiation and difference are vital to the process of understanding how we can coexist.

Listen to the presentation on Spotify , Soundcloud, or Itunes.

Notes
1 Stephen Grabow, Christopher Alexander: The Search for a New Paradigm in Architecture, Oriel Press, Boston, 1983, p.46
2 This is the definition of coexistence according to the Oxford dictionary.
3 To read more about this topic see: Ania Molenda, Collective Identity in the Contemporary City, accessed 31 August 2018
4 Mike Crang, Stephen Graham, ‘Sentient Cities: Ambient Intelligence and the politics of Urban Space’, in Information, Communication & Society 10, 6, Routledge, (2007), pp. 801-2
5 Henri Bergson, Creative Evolution, tr. Arthur Mitchell, New York: Dover, 1998 [1911], p. 232
6 Timothy Morton quoted in: Alex Blasdel, ‘A reckoning for our species’: the philosopher prophet of the Anthropocene, The Guardian, 15 June 2017
7 Jack Shenker, Revealed: the insidious creep of pseudo-public space in London, The Guardian, 14 July 2017, accessed 31 August 2018
8 Bradley L Garrett, These squares are our squares: be angry about the privatisation of public space, The Guardian, 25 July 2017, accessed 31 August 2018
9 Willem Schinkel in an interview with Ania Molenda for UrgentCity, accessed 31 August 2018
10 ibid.

About the image:
Rogue Game is an ongoing project devised by Bristol-based artist/architect collaboration Sophie Warren and Jonathan Mosley with Turkish artist Can Altay. The game brings together three different sports staged simultaneously in the same arena, with each game played according to its own rules. In doing so, Rogue Game constructs a setting that gives rise to moments of improvisation, subversion, ingenuity and chance, proposing itself as a metaphor for how we might share the urban realm.

Ania Molenda is a Rotterdam-based architecture researcher, curator and editor.

The essay was published in Nomad Magazine #6. 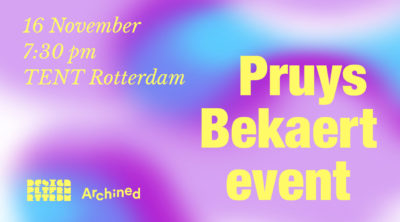