Sharing as a strategy

I was excited to get my hands on the Shared Cities Atlas. It interested me for two reasons. First, I very much support initiatives that connect cities, not countries. Cities can have much in common despite their location in different nation states. Second, I think there is still an underrepresentation of narratives created by ‘the other part of Europe’ – Central Europe, a political rather than geographical term, coined to describe post-Soviet states, which became (or are aspiring to become) members of the European Union. The Shared Cities Atlas satisfies these two aims. It creates connections between selected post-Soviet cities, describes their stories, compares them (and finds similarities), connections that go beyond the book and resonate with local institutions and the cultural life of the cities.

There is something particularly interesting about discussing the topic of sharing in the context of post-Soviet cities where, because of their history, things happen in a specific way and time. Citizens’ engagement had quite a bumpy path in this part of the continent.
The biggest civic movements happened around 1968 in the Eastern Bloc countries, such as the student demonstrations in Poland in 1968, the workers’ strike in Gdansk in 1970, and the infamous Prague Spring of 1968, cruelly suppressed by the Warsaw Pact invasion of Soviet, Polish, Bulgarian, East German and Hungarian troops. These were protests on a massive scale. The political revolution of the late 1980s was yet further proof of people’s engagement, a huge public mobilization which developed around the idea of freedom and democracy. You can therefore say that civic engagement has a great tradition in post-Soviet societies. At the beginning of the 1980s, Solidarnosc in Poland had 10 million union members in a country with a population of 40 million inhabitants! Nonetheless, all these actions were struggles for big, glorious ideas, not for small, tangible concepts; they were fought to build new systems, but not benches or streets or common playgrounds.

What I am trying to say is that there is a difference between shaping a country and shaping your immediate environment — not only in scale, but also in the tools people use and the way they organize themselves. We had many heroes during our revolutions, but not so many local characters, people like Jane Jacobs in the 1950s or 1960s who would fight for and with her neighbours. We didn’t have squatters and tenants in the 1970s expressing their right to the city. This situation always left me a little disappointed, and I think this feeling is shared among many citizens of post-Soviet cities. How is it that we managed to change our world, but we don’t quite know how to simply take care of it?

The Shared Cities Atlas is a book about that — the process of learning to take care of things, even small things like streets, parks, and bus stops. These can make people feel engaged, things that Hannah Arendt, quoted by Elke Krasny in her essay ‘Divided We Share: On the Ethics and Politics of Public Space[1], compares to a table. Arendt writes in her book The Human Condition that in a mass society the world has lost its power to gather people together. As though they were sitting around a vanishing table, the world is leaving people behind ‘entirely unrelated to each other by anything tangible[2]’. The Shared Cities Atlas focuses on people’s engagement with their surroundings, their use of it, ’the table’.

The book was created to map current practices of sharing, collective action and creative projects in seven cities in Central Europe – Warsaw, Prague, Katowice, Budapest, Bratislava, Berlin and Belgrade. It also portrays the local context of those cities not only through atmospheric photographs, but also through theoretical texts and detailed data and statistics. It explores the idea of ‘sharing as a strategy for a better city’. Edited by Helena Doudova, the Atlas includes essays by David Crowley, Elke Krasny, Peter Mortenbock and Helge Mooshammer. These authors are not connected to any of the chosen cities, but instead their texts provide a context by giving us an overview of the region and its history.
Each city gets its place in the book, and each is presented through a photographic essay by Olja Traska Stefanovic, a statistical section in which the main characteristics of the city are expressed in data and compared to the other six cities, and a design section which presents urban or architectural projects, initiatives or spatial interventions.

Their post-Soviet history is what the cases selected for the Atlas have in common, but it also raises lots of questions, for example about the importance of communism and its effects on the present situation. This is maybe difficult to evaluate, but it seems that different cities went through similar phases of dealing with this past. First, resentment of anything associated with the old system; then appreciation of the aesthetics, and a fascination with modernism or socialist realism with its monumentality and exquisite craftworks tinged with nostalgia — it shines through the photographic essays in the book. Now, slowly, comes a phase of appreciation of certain aspects of the communist system. This reflection is not explicitly mentioned in the book, but it explains why the book was made in the first place.

Initially, I had the feeling that the Shared Cities Atlas focused too much on details. One can get very easily lost in the volume of data — is it really important to know that the only cultural activity that Belgrade men do more often than women is listening to folk and rock music? Or how many libraries are in each city and if this has any bearing on the number of book loans? Because of this, one could extract from the Atlas that we can only engage with cities and appropriate spaces through details. It is extremely important for inhabitants to contribute even in these small ways. With this in mind, the Atlas shows the mosaic of small, bottom-up interventions, but fails to show us how they come together as a whole.

The book is divided into three main topics: 1) sharing architecture and spaces, 2) urban activism and sharing data, and 3) knowledge. These topics represent different types of relations between people and cities. Each topic is illustrated with local stories — starting from building wooden furniture in Berlin, going through forms of political activism in Belgrade, and finishing with less intervention-related though much more analytical descriptions of economic activities on post-industrial sites in Budapest or festival-based cultural programmes in Katowice.
In those stories, the post-Soviet background sometimes plays a less and sometimes a more important role. Certain problems are actually unrelated to our late start in building community engagement but, quite the opposite, they came with the system transformation. Things like the anonymization of space, which is also very apparent in Western cities, was brought by capitalism and global corporations. The story of Berlin’s bus stops, which were completely monopolized and commercialized by one company, serves as proof. The simple shelters were turned into mobile hubs that make a profit on the data extracted from their users. In this context, the Soviet past suddenly feels like a lost freedom.

Shared Cities Atlas: Post-Socialist Cities and Active Citizenship in Central Europe really works as an atlas. It’s a collection of cases presented through photos, data and stories. Even flipping through the book is really enjoyable thanks to its beautiful graphic design, in particular the illustrations for the statistics. Yet that book was not made to present these seven cities; it was made to connect them. Shared Cities: Creative Momentum was a four-year joint project of eleven institutes* from six countries, co-founded by the Creative Europe Programme of the European Union. Shared Cities: Creative Momentum not only resulted in the Atlas, but was also a booster for more than 300 cultural activities that contributed to the liveliness of the presented cities and strengthened the idea of sharing. For these kinds of initiatives, often the process is more interesting than the final result. This might also be the case with the Shared Cities Atlas, which lacks a conclusion or even a summary. The book seems to me more like a documentation of a thinking process rather than an autonomous product. It might be relevant while events and activities from the Shared Cities: Creative Momentum programme are still ongoing, but it is not likely to have lasting popularity among readers.

Zofia Piotrowska is an urbanist, architect and an editor at Rzut architectural magazine. She has international work experience, but decided to return to Poland and is now based in Warsaw (one of the characters of the Shared Cities Atlas).
English editor: Billy Nolan. 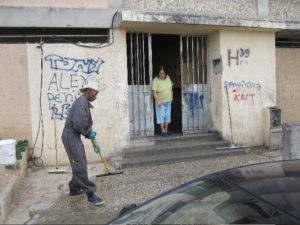 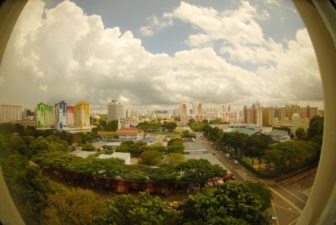 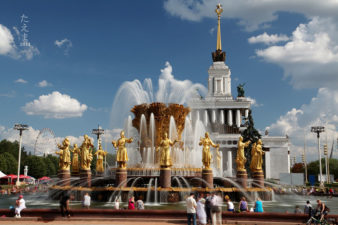 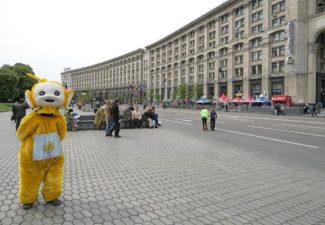