The meaning of the museum, or how a PhD scholar works today

In this series of articles, PhD scholars from various universities in the Netherlands and Flanders explain their research and their way of working. What is the focus of their academic work? What question(s) do they want to answer? And what problems have they encountered? Ali T. As’ad (TU Eindhoven) is investigating the conditions that inform museum culture in the Palestinian Territories, and more specifically on the West Bank.

Thirteen months ago, while drafting the initial framework of what has now become the focus of my doctoral work, I couldn’t possibly foresee nor truly comprehend the circumstances I find myself in today. Six months into my appointment, and two months under lockdown, I have found a new appreciation of all the cautionary tales I was (too generously) offered about pursuing a doctoral trajectory. Today, I find myself in a hyper-intensified situation where the micro-territory of my working world has gotten even smaller than I thought it ever could. Hyper-intensified mostly because my open laptop has not been further than an arm’s reach from me at any given moment. That is, except for when I’m out shopping for food or the occasional stroll I would take up to the Karpendonkse Plas.

My work, just like I was cautioned it would, has colonized my every day. And the lockdown has become the invisible guard not only delineating the extent of my movements, my social life, and my access to a cultural orbit I moved to the Netherlands to access, but also inevitably, remapping the future potentialities of my research within its colonizing imagination.

Despite the looming uncertainties regarding future funding sources (which had always been really uncertain), or how I am restructuring a strategy for conducting my research in a post-corona world, my research inquiry itself has fortunately continued on the right path. I would even go so far as to suggest that it has even been propelled forward in unexpected ways. As an aspiring scholar operating in a small Architecture History and Theory department within a University of Technology, the resources readily available to me do not fall within the highly specific domain of my work, especially with the limitations imposed by the lockdown. But with journals and institutions (the world over) offering increasing access to their digital archives and online material, I have been able to get my hands on literature that I would have otherwise struggled to acquire. Or which I would have had to incur personal expense either to travel to physically access elsewhere, or to purchase online.

My personal struggle, however, has been primarily in stopping myself from mentally questioning or undermining the relevance of my work. Not only to question how a study of museum culture in the Palestinian Territories stands within a Technische Universiteit in the Netherlands, but also to question the broader societal impact of any present or future study not interrogating (if only tangentially) what is happening in the world around us. A world radically transforming into a new (and unknown) order before our very eyes.

I have had conversations with friends and peers all over the world, all confined to their own equally diminished micro-territories, and it seems we all share that same struggle in one way or another. Many of us are precariously assessing our self-worth within a meritocracy of our own making. But one which unquestionably stems from the anxieties we have felt from the asymmetries instituted within the structures of academia itself. A ‘totality’ concealing itself in the guise of a ‘social whole’; a structure which abstracts our labour value into a valorization of its own capital production; an uncertain game of leapfrog from grant to grant, without a safety net anywhere in sight. As we fluctuate between these all-too-familiar troughs of piercing self-doubt, and the peaks of mildly comforting self-assurance (that things will somehow work out), we continue to be suspended in an equilibrium between the two. For the most part, at least, because of our passion for what we do.

In a technological world, the museum visit no longer begins when a person enters the building, nor need it end when she or he leaves. The museum’s physical space is but one site – albeit a privileged one – in the continuum of the visitor’s imaginative universe. (Samis: 2008)

The overarching premise of my research trajectory within the fledgling Curatorial Research Collective (CRC) seeks to understand the agency of the Museum, not only as an institution which continues to evolve within our increasingly technological world, but also as an affective encounter with a set of practices emerging with European modernity and the mechanisms of the nation state. The role museums play in articulating national and state-sanctioned identities and projecting political power has long been a focus of academic attention. And while there has also been an increasing interest in the roles that communities might play in bringing more diverse voices into museums, the sovereign nation-state remains the ideological base and a taken-for-granted setting for their operation. A condition where the Museum operates as a tool with which the state constructs its national narratives and infiltrates the public’s imaginative universe. In the continuum of the state’s own imagination, the museum is not just a physical space, but an ideological apparatus that is crucial for ‘the reproduction of the conditions of production’. (Althusser: 2014).

My specific research inquiry, however, seeks to interrogate how the Museum, as both an institution and set of practices, has been mobilized in the Palestinian Territories (PT) within a different semantic superstructure. One which has had to operate in the face of very particular conditions of transnational destabilization, of territorial partition, demographic displacement and extraterritoriality. A geography not recognized with the full status of a state, in which ‘national’ narratives, as well as the construction of cultural citizenship, have been performed and configured by voices operating beyond the topographies of state power.

Since the turn of the twenty-first century, the Palestinian Territories have witnessed a proliferation of museological operations that have not been ‘state imposed, but rather the outcome of a diffuse sensibility’ (De Cesari: 2019). Civil society projects which have not been opposed to the political structure per se but, rather, are trying to instil alternate political subjectivities. And where the Museum has been mobilized as a form of making art, weaving social fabrics, ‘doing politics’, and even building necessary infrastructures. A paradigm informing (and simultaneously informed by) a continuously evolving and adapting arena of civic engagement, which not only finds its agency in the architectures of the projects themselves, but which also has had implications (if only temporary) within the imaginaries of the Palestinian national sphere, and arguably to its relationships to other nation states.

Who would have thought that the storm blows harder the farther it leaves Paradise behind? (Anderson: 2006)

Dreading what splinters we will emerge from once the (seemingly) stable borders and the predictable waves of our everyday life have been radically transformed, I cannot help but be inspired by some of the case studies I’m interrogating within my research. Societal responses to the dominion of a colonizing imagination, and to politically imposed restrictions to self-determination, physical mobility and access to culture. And which even distinctly acknowledge an ‘interiorization of the social’ under lockdown and siege (Stein and Swedenburg: 2004). An interiorization which Palestinian communities endured as far back as the 1980s, and which saw them turning to forms of popular education, new media technologies and the Internet to overcome isolation within the domestic sphere. An assemblage of projects formulated as a matter of responding to actual pressures and calls for more democratic inclusion, across a geography fragmented into territorial enclaves.

I am inspired by these projects without having to assess them by their successes or failures, but by just being sites of imagined possibility. A series of transformative moments, not impeded by fears of not being able to institute an order of things that is meant to last, but rather readjusting to try to respond to shorter-term societal needs. Riwaq deploying the biennale to re-imagine a dystopic fragmented terrain, and temporarily transforming it into a geography interlinked with transnational culture flows. The Palestinian Museum operationalizing transnationality to transfer cultural understanding and patrimony into more inclusive platforms of communal ownership and exchange. Or even the Khalil Sakakini Cultural Center responding to the need for a shared grievability and humanity, unhomogenized by the forces and demarcations of ‘state’ nationalism.

A very subjective set of reflections on a select cross-section of my case studies, admittedly framed to draw parallels to our present-day condition. But ones which reveal, if an early Marxist expression permits, a kind of human response to its own humanity. And which now echo in my micro-territory as a reminder of the power of the imagination and of ‘possibility’. A power with which we can escape what is increasingly brewing as a pessimistic and dominant distrust of the possibility of another reality in our post-corona world. And an agency with which we can re-imagine the diminished extents of our micro-territories not as a debilitating obstacle. A reminder I extend in solidarity from my micro-territory to yours, that this world of connections and disconnections is now simply a different base from which our practices and their remapped potentialities will continue to bloom. And in which, if we all heed not only the advice we are (too generously) offered, but which I was also extended when I couldn’t source that book: dat u het via een andere weg kunt vinden.

Ali T. As’ad is a doctoral researcher operating within the Curatorial Research Collective (CRC), part of the chair of Architecture History and Theory at the Eindhoven University of Technology (TU/e). He still has not been able to source that book.
English editor: Billy Nolan

If you happen to have Camouflage by Neil Leach, please contact Ali. 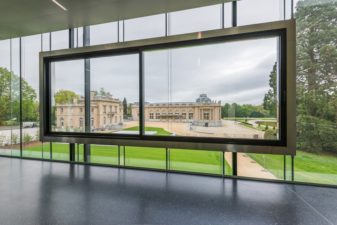 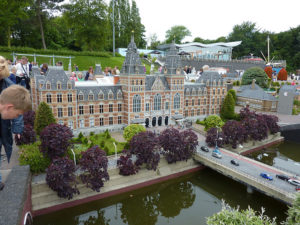 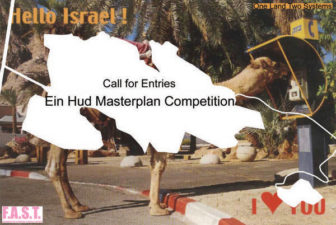 Too many good intentions?

On 6 February in Amsterdam the results of the competition One Land Two Systems organist by FAST were announced and a discussion about the relation between planning and human rights in Israël.