In their project, Mahaut Dael and Michał Długajczyk present a design methodology informed by the phenomenon of revelation. Applied to a case study in the heart of Rotterdam, the process has led to a series of interventions as a means of galvanizing an awareness of space in the public realm.

Can you explain your choice of subject?
In times when everything constantly changes, where everything is known, there is a need to question the transformations of places and to propose alternatives based on their existing elements. The base of our work is a development of an architectural method of designing, that discovers the layered characteristics of the spaces in the city, and proposes a descriptive reaction aiming on augmenting its values. The project embraces the eclecticism of the area between Coolsingel, Hoogstraat and Beurstraverse in the centre of Rotterdam and researches upon the experience and meaning of the location.

What or who are your sources of inspiration?
“Facts wear, reality is consumed. The Acropolis disintegrates, The Parthenon is collapsing due to the ever escalating frequency of tourists’ visit. The fact that all facts, ingredients, phenomena of the world have been categorized and catalogued, that the definitive stock of the world has been taken. Everything is known, including that which is still unknown” (…) “Through conceptual recycling, the consumed content of the world can be recharged, enriched like uranium, and ever new generations of falls facts and fabricated evidences can be generated simply through the act of interpretation.”

Other figures inspired us during the development of our graduation, like Bramante with his subtile but powerful way of renewing existing environments, or Irenée Scalbert with his concept of gardening as a design method.

Was was the key moment in your graduation project?
Our first day in Rotterdam, four years before we started our thesis, we sat in the heart of Rotterdam, on the terrace on Beursplein, in Cafe Staal, and felt an unexpected feeling of ambivalence in the identity of that space. This was the moment of our first epiphany. We knew there was something in it, yet we didn’t know what.
Further in the process of the graduation, we realized that the “Rotterdam Epiphanies” were not anymore a unique project based on a specific location, but a case study, a first step towards a further and deeper development of the “description by design” method, applicable on diverse locations waiting for recognition.

Project text
The design methodology presented in this project is informed by the phenomenon of revelation. Applied to a case study in the heart of Rotterdam, the process has led to a series of interventions as a means of galvanizing an awareness of space in the public realm. These days, hectic transformations and saturation of the urban environment have brought about a lack of identity. The spatial qualities are often illegible, unseen and consequently increasingly undervalued. In the field in which architecture operates today, this project presents an alternative set of design tools that reveal the potential of existing public spaces so as to intensify their meaning and step up the possibility of their appropriation.

‘Description by Design’ focuses on the process of exploring a particular site using design as a descriptive tool. The initial approach to the existing context in all its layering is then enriched with the designer’s subjectivity. Like a surrealist archaeologist, he unearths hidden compositions and details to develop a parallel reality. Armed with collages and aided by historical analogies, he brings to light a second nature of the place. They stimulate the collective memory and provide the pattern for physically transforming the site. Although the design makes use of an external frame of reference, it is the internal content and the received on-site components that are brought to bear when working up the material form. The day-to-day user, ‘everyman’, becomes the intermediary between meaning and experience, and between reality and interpretation.

Specific and everyday, well researched and speculative, the components of this project are made to confront one another so as to replenish and enrich the existing substance of urban surroundings. Just as the surrealists responded to the worn-out contents of their time by systematically rearranging their components, so the designer is able to allow impressive revelations to impact upon observers today. In this way designers can come to recognize the potential for constant regeneration in received surroundings and invest and reinvest places with meaning.

What are you doing now?
When the academic and professional worlds are like two banks of a valley, then the graduation project shall be the bridge that aims on connecting these two banks. Once the train passes the valley, one could expect it to continue discovering the other side. Since October 2019, we continue working together as MD2 architects, dynamically developing and adapting.

What hope / do you want to achieve as a designer in the near and / or the distant future?
Working hard wanting to change, to stay the same.

The project is also to find here. 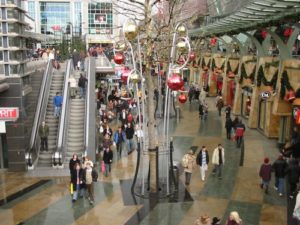 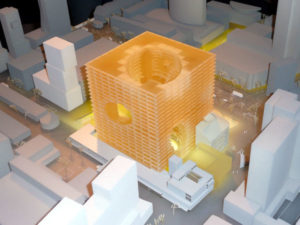