Olaf Winkler guides us through the district that houses most of the EU institutions. This area is slowly opening up to change in response to major architectural and infrastructural challenges. Archined Virtual Lunch Walk: join us live on Zoom.

While the EU, in the midst of a crisis, has to search for new paths to the future, the same could be said of the European Quarter in Brussels. The area is the result of both careful urban planning and insensitive changes. In the 19th century this district was the first properly planned expansion to the new capital, with imposing residences for the nobility and upper class, well arranged around two impressive parks. A century later and despite protests, the historic buildings made way for modernist offices to house the many EU institutions. Today the first steps are being taken to transform this monofunctional district into a mixed-use piece of the city. Christian de Portzamparc’s master plan will turn the canyon-like main axis into a series of green squares. The first residential towers have already been completed. Plans for new commission buildings have also been published, while those for a new European Parliament are on the way. Signs of good intentions – and their limits.

Architecture journalist Olaf Winkler guides us through a district with a little-known yet rich history, and a future that may be even richer. That future must reconcile today’s urban visions, the challenges of public and private transport, the intentions of private developers and, last but not least, the question of how the European project can be adequately represented through architecture.

Archined Virtual Lunch Walk
Wednesday, 17 June 2020
Start tour at 12:00. End 12:45.
Sign up by sending an email to news@archined.nl. We’ll then send you a link and a password. Please sign up before noon on Wednesday 17 June

Olaf Winkler studied architecture in Aachen and Vienna. He has been working as a freelance architecture journalist, critic and editor for leading German architecture magazines since 1997. Olaf Winkler lives in Schwerte in Germany and has spent some of his time in Brussels since 2006. www.tailoredcity.de 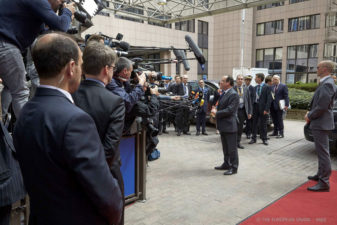 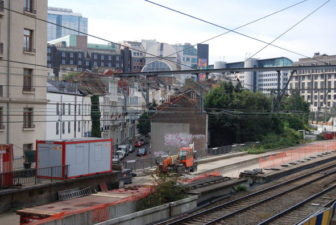 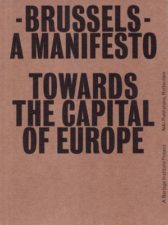