The Zone of Disassembly – Archiprix 2020

The Zone of Disassembly aims to track, unveil and transform one of the consumption’s tangible outcomes: the e-waste. The graduation project by Martin Kolev derives from the question of territory and formulates a spatial intervention which has the potential to unveil the North Sea hidden e-flows.

Can you explain your choice of subject?
Since the beginning of my Masters, I’ve been interested in the political agency and the neo-liberal apparatus that defines our ‘western’ lives and affects the our entire environmental system.
Departure point and main driver at the start of this thesis was the current application of the ‘free zone’ as a spatial catalyst for global capitalistic and material culture. Its exclusive, dualistic character of these ‘advantageous’ areas, which often operate as legal void and ‘umbrellas’, defined the primary problematic: what are the hidden consequences of this arbitrary actions. This project’s tries to formulate an answer to this existing imbalance and aims to track, unveil and transform one of the consumption’s tangible outcomes: the e-waste.

What or who are your sources of inspiration and can explain this?
The work of photographers such as Thomas Struth, Andras Gursky and Cristian Stoll, which dissects and shows great sensitivity towards the current world order, was essential for the research. Architecturally, the work of OMA  and Ivan Ilyich Leonidov, Konrad Wachsmann, Buckminster Fuller (and others) were very inspirational for the aesthetic approach of the interventions. The urge for transparency and the believe that the function itself can sustain the ‘building’, which only acts as a support structure, have manifested the architectural compounds of this project.

State the key moment in your graduation project.
One of the most important steps of the research was the transition between the theoretical formulation of the project’s agenda and defining the physical conditions exemplify those polemics. The decision to not look at the visible outcomes of the global network of flows, but rather at the hidden ones, was probably the most important moment.

Project text
Material possession has become our objective for existence. Capital surrounds and defines us. The high dynamics of global flows dominate the planetary web of connectivity. Consumption, production and assembly have become the holy trinity of the neoliberal realm we live in. It is a manifestation of global dynamics – neglecting distances, identity and time, yet celebrating purpose, capital and proliferation.

Meanwhile, the consequences of these actions remain concealed. The Zone of Disassembly reacts to this imbalance and aims to track, reveal and transform one of consumption’s tangible outcomes, namely e-waste.

The contradictory nature of this issue has defined the dualistic aspect of this type of waste. Value and toxicity have become the basic hallmarks of e-waste. Yet the two could easily exist in unison if the question is addressed with care.
This project is in effect a critique of current policies on e-waste, informed as these are by an incompetent approach to recycling methods and a lack of up-to date, adequate technology. The upshot of all this is the conscious exclusion of these ore streams, or the raw materials extracted from e-waste, resulting in huge economic, natural and ecological losses.

The Zone of Disassembly proposes a spatial intervention for charting the hidden e-flows in the North Sea. This is given shape in two interconnected spatial agencies – the waste archipelago and the waste plant – that together present an infrastructural threshold.

The waste archipelago resembles a spatial switch whose aim is to reshuffle the existing network of flows within the North Sea and expose the hidden flows. This artificial string of islands ‘navigates’ between the flows of territorial waste and materials. It establishes a flexible framework defined by a spatial syntax that can easily be translated into different contexts. Furthermore, it acts as a catalyst for a productive landscape shaped by technology and extreme densification.

The onshore part of the project seeks to clearly show the momentum of the territorial intervention by emphasizing the physical metamorphosis of waste into matter. While the offshore port presents a vital node handling the global flows of electronic dumping, the disassembly plant resembles a spatial medium, a threshold between global and local, human and machine, manual and automated.

What are you doing now?
Currently I’m located in Paris, where I work. I also finally have some time to think about what do I want to do next with my life.

What hope / do you want to achieve as a designer in the near and / or the distant future?
To have the freedom (and luck) to work on things that I really want and like. Also being part of the ongoing development of the Bulgarian architecture scene. 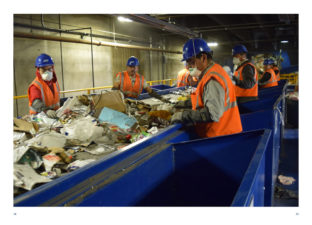 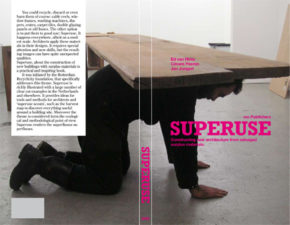