Reporting from the intersection of mental health and sustainable development

In this series of articles, PhD scholars from various universities explain their research and their way of working. What is the focus of their academic work? What question(s) do they want to answer? And what problems have they encountered? Kornelia Dimitrova (TU Eindhoven) is developing an overarching narritive for the gradual transformation of the Grote Beek estate (GGz Eindhoven) as a sustainable healing environment.

If you think about it, the only real difference between a burnout and soil degradation is the scale of exhaustion. The first concerns an individual, the second a landscape. Exhaustion is often caused by the pursuit of economic goals, which are exacerbated by geographical, economic and racial inequalities. It seems that at a time of climate crisis and pandemics, mental and environmental health become more visibly connected. But is the same true for their remedy?

As I write this, I’m in the final months of my PDEng design research for GGz Eindhoven, one of the largest mental health institutions in the Netherlands. Like almost everyone else, I’m working from home these days. Over the past two years, I’ve been exploring the intersection of mental health and sustainable development. And it turns out that there are several parallels to be drawn between the two. I’ll start with language. Resilience, for example, describes the ability to bounce back after a stressful event. In contemporary discourse it is a central concept in both sustainability and mental health. Through my research for GGz Eindhoven, I discovered multiple concepts that draw parallels between mental and environmental health, such as robustness, crisis intervention, support structure, stabilization, framing, management, stress factor, to name but a few. This similarity pans out well in conceptual terms, but what kind of meaningful design questions does it raise? The challenges in both sustainability and mental health often remain rather vague and intangible, a matter of perspective and a question of discourse.

My commission from GGz Eindhoven took the form of a PDEng, a professional doctorate in engineering pursued as a two-year project within the Chair of Architectural Design and Engineering of the Faculty of the Built Environment of TU Eindhoven. This project aims to answer the client’s question: How can its headquarters and largest facility (located on the Grote Beek estate in Eindhoven) be developed as a sustainable healing environment? The estate, a 117-hectare urban park, is home to a facility with 2,000 staff and 13,000 patients[1], who receive mental healthcare in ten departments ranging from youth and childcare to elderly and forensic care. Today the site is fragmented by fences, prejudice and fear. The goal of the project is to create an overarching narrative to connect these parts and develop inclusive design strategies for the future transformation of the estate.

My project has been framed by the two key ambitions formulated by the GGz for the future development of the site: on the one hand to create a sustainable healing environment and community of mental strength, and on the other hand to create an attractive public urban park with a variety of activities, atmospheres and users. GGz Eindhoven strives to be a leader in the mental health sector by being the first in the Netherlands to adopt the Planetree certificate[2], and by building a community of mental strength. In addition, they want to develop their site to represent and support these initiatives. This is why the Grote Beek estate should become a model project for a sustainable healing environment. Part of this initiative includes making the park a welcoming place for people who are not patients of the institution. The design research elaborates the spatial and organizational strategies that support these ambitions.

At its core, this project explores spatial and narrative ways to transform the site into a sustainable healing environment. The starting point was to build an understanding of the place. In an institution devoted to mental health, perception is just as important as physical environment. Through a series of thematic maps, I was able to document three perspectives: that of the patients, the institution and the landscape. In this way, I could tune into separate stories that make the place. While some stories were loud and institutional, others were quiet and sporadic. Through the mapping exercises I was able to find and record the processes, qualities and anecdotes of the site and the people that use it. I added a fourth category of maps to record my interpretations of how spatial and social aspects interact. In that way I could explore my interpretations, without imposing them on the facts and experiences of the place. In this mapping exercise, topics like groundwater, boredom and surveillance were represented as equally important to the functioning of the site. All of this resulted in a collection of 57 maps, which served as an archive of the ecology of mental health.

The development of the Grote Beek estate depends on several stakeholders — the municipality, the patients, and the ministry of health among others — but the scenarios should be developed specifically to support the decision-making process of the institution’s management. Four spatial scenarios were formulated according to the types of approach that the management can choose. On an imaginary X and Y axis graph, one axis represents the level of control that the institution has over the transformation (top-down versus bottom up). The other axis represents the type of interventions (organizational versus infrastructural). These axes create four quadrants containing distinct approaches to the future transformation, and this resulted in four alternative and comparable scenarios for a sustainable healing environment. The task I set for myself was to make visible the potential overarching narratives as spatial strategies that organize and programme the site.

“Why are you making another master plan? How many more master plans do we need before we start taking action?”

Within the first couple of months of my research, a staff member from GGz Eindhoven asked me these questions. Indeed, the presumption was that the answer to whatever challenges I found would be in the creation of a new master plan. What is a master plan but a document designed to communicate how urban or architectural designs can meet administrative and economic ends? Well, these were not the original goals of the GGz for this project. The questions made me realize that master plans clearly haven’t yet delivered what is needed: to connect the fragments into a coherent story, to address systemic problems (e.g.  disturbance caused by traffic, vulnerability to drug dealers, fear of overhead power lines among some patients, or stigmatization), and perhaps most importantly to account for the diversity of atmospheres, people and psychological conditions.

So I took this as an opportunity to follow an alternative path. After all, I was free to shape my own analytical lens, and to be playful and experimental in the research. It is clear that few societal or environmental challenges can be practically and completely resolved with the knowledge available to architects. The strength of architecture is its impact on how places are experienced, how meaning is created, and how people are involved and empowered to participate in the making of the place. This is the mindset that needs to be embedded in all projects that care about the future.

No doubt, master plans are and will continue to be essential documents in spatial development, and they are the focal point of negotiation and agreement between a variety of stakeholders. But I am doubtful if they readily translate into good action plans. In this particular case, I think the site needs a process and not a final form. In practice, this means how the estate will transform as a healing environment, and not what that environment will ultimately look like. They don’t need sudden and violent transitions in the form of a fenced-off construction site and the accompanying noise and dust, where people are banned from the area for several months until they are confronted with a new structure, which they were not involved in creating or conceptualizing. I think the design should engage questions such as why the space is being transformed, and what steps are being taken to achieve that.

Finally, one of the four alternative scenarios was chosen to be developed in detail. The plan accommodates a collection of healing processes. Together they form a set of smaller and larger interventions. Over several years, the successful experiments can begin to be consolidated into permanent spaces. Extrapolating this process over a decade opens up possibilities to gradually transform the landscape. It becomes possible to think about what the site will look like without the power line.

One of the challenges I have been facing comes in the form of this question: “How is it going with your PhD?” It seems that very few people actually know what a PDEng is, and those who do have vastly diverging opinions about it. But like most things in life, a PDEng is what you make of it. I’ve chosen to make of it an opportunity to research by practical explorations, as well as to explore the possibility of research-based design practice. In it I have also found a way to evade (for now) the limitations of an architectural PhD, which too often, though not always, requires the architect to step into the shoes of an historian or an engineer. And upon the completion of this PDEng, I intend to continue meandering between theory and practice. Simply because this is what makes sense to me.

Back to the here and now, I want to close by emphasizing the following: there is a productive capacity in thinking of ecological challenges through the lens of mental health, as well as the other way around. Productive, because it opens up new paths to research and design for the challenges faced in both fields. And while some of the work is to be done by professionals, there is much that can be done in everyday life. For instance, by signing up for a course on Mental Health First Aid.[3] If we are to learn to live with climate change, then a necessary part of this is learning to deal with trauma, stress and exhaustion — our own, that of others, and of the environment.

[1] The word patient creates a hierarchy between the doctor and the person receiving care. This is why GGz Eindhoven prefers to use the word client, to designate the individuals they are supporting. But in this article there should be a visible distinction between GGz Eindhoven as the client of this project, and the patients, as the clients of GGz Eindhoven.

[2] Planetree is an international foundation active in over 20 countries, but originally established in the United States. It prescribes that healthcare organizations should operate in a patient-centred way and should sustain healthy management and operative policies towards their clients and their families, as well as to their staff. The third pillar of this approach is that the site and campus of the hospital should perform as a healing environment.

[3] The course on Mental Health First Aid is currently available for free to residents of Eindhoven and several other Dutch cities. This is a municipality-level initiative to raise awareness of mental health and reduce stigmatization.

Kornelia Dimitrova (Bulgaria) is an architect, researcher and lecturer, based in Eindhoven. Her work explores the intersection of ecology and architecture, through inter-disciplinary cross-overs focusing on a variety of themes – from plastic waste to mental health. 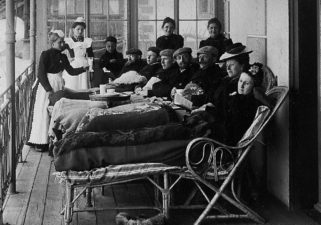 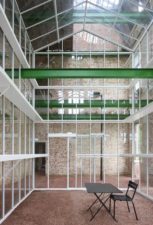 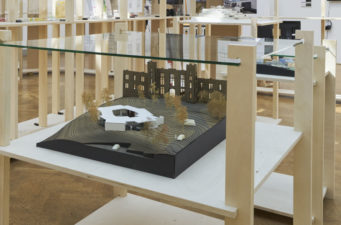 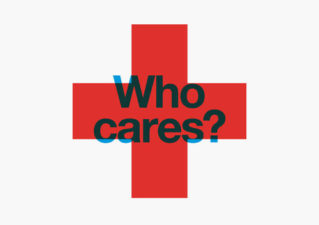