With Mathematics of Resistance Beatriz Peró Giannini (Piet Zwart Institute) developed a new method of measuring the sidewalk that names its physical and intangible aspects, tells a complex and multi-layered story of emancipation and political justice in Lima, Peru, and propose facilities for street vendors.

Can you explain your choice of subject?
The project tells a complex and multi-layered story of emancipation and political justice in Lima, Peru. It aims to explore the DNA of the sidewalk with the other-woman’s perspective, in order to, give voice to the multiple faces of the non-dominant citizens who struggle to have space and voice in their urban geography, resulting in both a better understanding of their inhabited space and striving to improve it.

In this story, there are four main characters, who are bound by their shared instability and flexibility:
– Maria, who is the women defined as other-woman who does not fit inside contemporary western culture’s construct of a ‘woman’ as able-bodied, heterosexual, middle-class, white, and young adult and are categorized as ‘other’ within the broader context of intersectionality.
– The Sidewalk, as a complex space of dynamism, identity, conflict, and negotiation, where the human and urban scales collide, and as a tool to both reinforce and produce dominant ideologies and normality.
– Mathematical Formulas, that were developed for each person to measure their own experienced Sidewalk, both physical and intangible.
– The flexible network of 03 designed Street Vendors, which combine design and people to improve the urban language and landscape, and creates a new street-interior by addressing four levels of need (urban and pedestrian infrastructure, community and individual identity, and addressing conceptual ideologies).

What or who are your sources of inspiration and can explain this?
The subject of my graduation is inspired by the tension and complex relationship I have with the streets of my city of Lima. Lima’s streets are spaces that don’t belong to its women, you can access them but they don’t belong to you. Even though women are nowadays able to access the public spaces, the city is structured in such a way that moving is at best challenging and at worst dangerous. Everywhere there are reminders that relegate women to the private and domestic, a common example is bus drivers refusing entry to women with small children during rush hour.
Academically, I am inspired by the discourse led by urban planners and architects that move away from orthodox urbanism, into inclusive urbanism and architecture i.e., Studio LA, and unconventional theories on city making i.e., ZUS’s City of Permanent Temporality. By the interdisciplinary performative work of Francis Alys, such as Sometimes Making Something Leads to Nothing and If You Are a Typical Spectator, What You Are Really Doing Is Waiting for the Accident to Happen, which explore social and cultural tensions through the urban setting. As well as by postcolonial theories of social constructivism explored by Vivien Burr (2015) and Ruth Frankenberg (1993) and postcolonial feminism by Gayatri Chakravorty Spivak’s Can the Subaltern Speak? And by the exploration of professors like Andrea Branzi and Michael Benedikt who consider the interior as an independent practice and primary activity, liberated from interior design and interior architecture.

State the key moment in your graduation project.
After developing the research component of the project Mathematics of Resistance the big question was, what can I propose to improve the sidewalk for Maria, not from an urban or municipal perspective but as an interior architect?. The answer came when I realized two key pillars for the design:
1. In order to address an ever-changing issue like the obstacles Maria faces on the sidewalk, the proposal had to be equally as dynamic and adaptable as the problem. Static design wasn’t enough, I needed a network that could move and react in an urban scale, but with a human radius of localized effect. Therefore, street vendors, which are an existing fixture of Lima’s landscape became an interesting possibility.
2. I had to be sure that the design would increase my subject’s agency over the space and not take it away or serve to further limit them in the public space. Just placing design elements like CCTV (which are managed by whom?) or safety poles wasn’t enough. And the solution had to combine design and people who were non-dominant in the city’s context in order to have more impact. Therefore, street vendors again were an interesting option as the people who sell in Miraflores’ streets are 72% women looking for economic independence, all fall within the project’s definition of other woman and have little agency over the city themselves.

Project text
Mathematics of Resistance develops a new method of measuring the sidewalk that names its physical and intangible aspects. This means that Maria can measure and map the sidewalk as she experiences it, thereby increasing her ownership of her surroundings. In this way, she appropriates the means needed to manage and give shape to the urban environment, namely measuring and mathematics. This facilitates a transdisciplinary approach that includes urban and spatial research, aocial geography, women’s studies and mathematics.

The design component of this project is based on the thesis research of Mathematics of Resistance, which it affects in turn by adding new variables. Its designer proposes setting up a network of polychromatic kiosks that respond to the particular context of Miraflores, with the aim of improving the sidewalk for Maria. This would be a network of solidarity and social control to augment the sense of safety and ownership Maria has over the space she occupies by promoting diversity, inclusion and openness.
The network is run by street vendors, a permanent fixture on the streets of Lima but with little influence themselves. When Maria finds herself in situations of conflict she will not be alone. It is a dynamic and flexible network that is just as fluid and dynamic as the obstacles Maria encounters on the sidewalk. It combines design with the human element to improve the urban language and landscape.

It addresses four levels of need to create a new street interior. The first is Maria’s primary need for infrastructure, which is met by giving each vendor an additional duty to perform. The second is the vendor’s need for legitimacy and economic independence. Ths is achieved by hooking them up to the urban infrastructure of electricity and water. The third is their mutual need for identity. The vendors take the architectural language of religious, domestic and institutional power and combine these with the forms and colours of Neo-Andean design and a new Gothic inspired formal and material language. The fourth addresses the conceptual ideologies discussed in Mathematics of Resistance. Furthermore, the vendors retain the existing kiosks; each modifies the sidewalk surrounding their kiosk in a particular way.

What are you doing now?
Right now I am working as an interior designer and project manager at HDVL Designmakers and working on developing the street vendors with the municipality of Miraflores in Lima, adapted to address covid-19 needs.

What hope / do you want to achieve as a designer in the near and / or the distant future?
I want to be able to develop multidisciplinary projects in Peru, where design can be used as a social tool to enact tangible sociocultural change in a large and small scale. 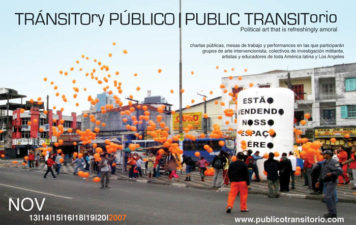 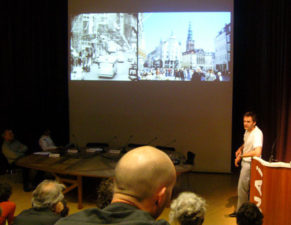 To kiosk or not to kiosk… 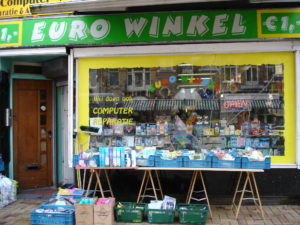 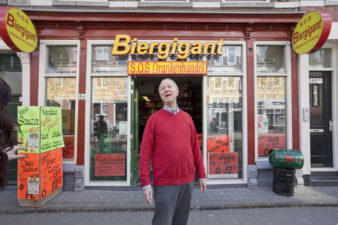