Phuong Dao (ArtEZ Zwolle) transformed the traditional house in the coastal areas of central Vietnam into a dwelling with a new typology that allows its inhabitants to live in harmony with the rising water.

Can you explain your choice of subject?
The tight relation between climate and architecture has always been a fascination for me. I come from a place where dealing with natural disasters are becoming more and more a way of living. Taken this into account, together with the conditions of the site, I wanted to implement architecture in a constructive way.

What or who are your sources of inspiration and can explain this?
My main source of inspiration is the French artist Philippe Petit with his walk between the Twin Towers in New York city on the morning of August 7th, 1974. It is about balancing, but it is also about acknowledging the material world, and the indefinite world full of spaces that we may have not yet known. In my project, I would like to emphasize the balance between man and nature, it is a two-way conversation, absolute equally and constructively. I wanted to find out where the “Another Space” this conversation occurs.

State the key moment in your graduation project.
There are so many moments I cannot forget during the making of this project. I walked, I sailed, I failed, I dreamed about it, I stood and presented it to everyone. As same as this project’s key concept, I understand the longing for balance is a journey of going through struggles and conflicts.

Every year, the coastal areas of central Vietnam are hit by floods, the inevitable consequence of climate change and geographical circumstances. During my research into the connection between humans and their spatial context, I concluded that we should regard this not as a problem but as an opportunity to look for harmony between the conditions of the geographical context and its inhabitants. I concluded that fighting the natural circumstances can only lead to temporary solutions unable to withstand future changes. Yet we cannot avoid the consequences of the power and the changing circumstances brought by the water. Opening up architectural space proves to be an important strategy in that respect.
The frame of reference for my theoretical research was the part played by the window opening, the opening in architectural space that is more than just a hole in the wall. This spatial opening unites the world outside with the daily lives of the inhabitants of the space inside. In my research into concepts of architectural space I explored in depth the differences between the Roman and Japanese perceptions of space. This made clear to me how subjective the differentiation between regions is, and I felt the need to develop another possible concept of space that can strengthen the relationship between humans and context.

Thanks to the interplay between my theoretical and experimental research, I discovered that space is not a rigid entity, but is constantly changing and evolving whenever the context changes. Indeed, the experience of space coincides with the experience of time, where space brings together the ever-changing space of the context with human needs. So I introduced a new concept for designing domestic space: an architectural ‘nine-grid’, within which are several empty compartments that connect the inhabitants with the context of the landscape.

This system, together with the theory of variable emptiness, illustrates my perception of non-rigid space as a new concept for dwelling. I was able to introduce the nine-grid concept after making a case study of the regional vernacular house. I then integrated openings in this three-dimensional grid that invite the water into the house at times of flooding. The openings and the space in the architectural body play a key part in allowing the inhabitants to live in harmony with the rising water. It shows the balance that we must seek between humans and nature. My strategy is to achieve sustainability in architecture.

What hope / do you want to achieve as a designer in the near and / or the distant future?
I have a passion for art and architecture, and this graduation project will always be a great reminder that this is the right direction for me, and to keep developing myself in this direction. And as everyone else, I want to make our livings and beings more beautiful and meaningful. 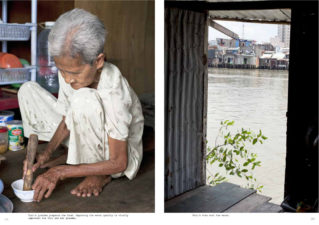 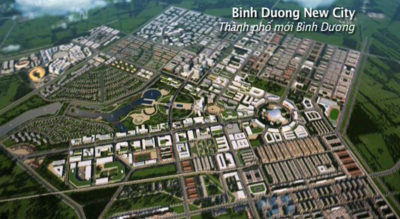