Homelessness and the Inclusive City – Archiprix 2020

Can you explain your choice of subject?
I lived in Wanhua district in Taipei in 2015. During that year I kept wondering why there is a growing number of homeless people living in the streets and in parks as I encountered them almost every day while I was commuting. The authorities have tried to remove homeless people from newly developed areas by building shelters on the outskirts. However, it was ineffective since the shelters were mostly built in the area far from the activity range of the homeless people who preferred to sleep in the public spaces. I cannot help but think that the homeless have the right to use public spaces as much as everyone else, while their existence depended even more on these spaces. Furthermore, I found that a variety of social studies in terms of the homelessness were published, of which the designers and the planners can take advantage and realize their position in this issue.

What or who are your sources of inspiration and can explain this?
I am inspired by Play the City, a consultancy firm founded by Ekim Tan. She has designed a gaming concept to facilitate players involved in the urban planning to come to a consensus for future urban development. In the meantime, I read the book Game Urbanism: Handbook of Processes of Spatial Change, written by my head of the department Hans Venhuizen, I realized city gaming could be an important instrument on the spatial planning process.

State the key moment in your graduation project.
Halfway through my graduation research, I went back home for a month and started straight away doing field research on the site, including investigating the systems in the city and understanding the current situation of the homelessness in the district. Moreover, having an intimate tour with a homeless friend gave me many insights about their daily activities and how they domesticate the public spaces.

Project text
My project began with the question of how the Wanhua district in Taipei (Taiwan) could become a more pleasant place to stay for the homeless without the local population rebelling. Homelessness is particularly common among people who do not have enough social, cultural or economic capital to stand their ground in modern society. For my project, I familiarized myself with an area with one of the largest homeless populations in Taiwan. Through observations, I investigated the basic needs of the homeless community and mapped out how the homeless can survive in a hostile environment. By studying the existing urban ecology, I explored the role architecture could play in supporting this large group of homeless, mainly elderly people.
Based on my inventory and analysis, this is my proposal to redesign the so-called ‘homeless park’, the principal concentration of homeless in the Wanhua district. The park serves not only as a base for the homeless, the place where they hang out during the day and sleep at night, but also as a platform where different social groups can meet and exchange information. Previous initiatives to strengthen this existing platform by introducing support services for the homeless that could improve their living conditions, met with a great deal of resistance from the local population. They were afraid that these initiatives would attract more homeless people to the area. So what to do?
My project to rethink the park did not aim for an attractive ’final image’, but for a network that is both socially supportive and community oriented. The result is a strategic planning method to encourage the interested parties from the district and the municipality to tackle the living conditions of the homeless community in the park together.

This approach began by gaining insight into how a homeless person lives in that park. To this end, I developed a simulation game where in the first round, the participants act out a day in the life of a homeless person. In the second round, the game gives the participants the opportunity to use the spatial interventions I have prepared to improve the situation of the homeless.
Due to the hard confrontation with the hopeless existence of the homeless and the opportunities those facilities could offer them to escape from it, the game functions as an instrument to create involvement. This local involvement with the homeless is a crucial step in the final redesign of the park in which the spatial interventions introduced in the game play a decisive role. I am convinced that such a long-term strategic approach for the well-being of the homeless community has the greatest chance of succeeding and can lead to a more inclusive city where the local population would support and (hopefully) embrace this community.

What are you doing now?
Currently I am working in a team that curates a participatory exhibition in Taiwan Contemporary Culture Lab, called “Who Builds the City”. Within the exhibition, we invite participants to build a miniature city model according to their imaginations towards future possibilities of the city. Through the game-oriented format of role-playing, we set out to explore the challenges that may be faced within the city, and use different “tasks” within the game as a guide for discussion to simulate the evolution of the first-level city and rethink our relationship with the city.

What hope / do you want to achieve as a designer in the near and / or the distant future?
In the long run, I hope to become a spatial designer who not only has a strong sense of responsibility to improve the built environment spatially but also engages with current social and cultural issues in Taiwan. 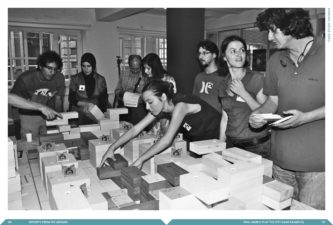 Can game theory become a serious tool for improving planning, participation and design strategies within the contemporary city? 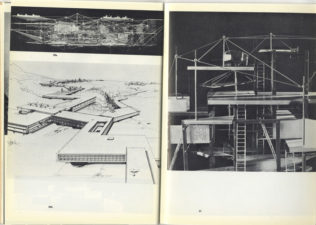 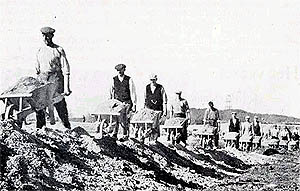 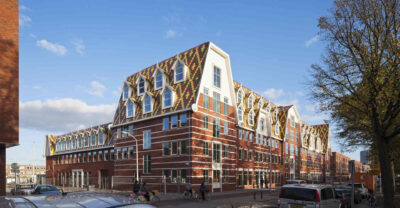