The future has suddenly arrived, and it cannot be rendered. Renderings that pixelate water, model plant life, and script soils are a relic of the predictable past that mislead the public into accepting that the future looks and feels the same. What I mean by this is that the challenges posed by a changing climate are so multiple, cascading and definite that they resist many previously established design standards, constructions or projections. The age of rendering might be sidetracking the profession of landscape architecture, as we try to meet the challenges of the future.

It is with these thoughts in mind that I began to curiously review the recently released project Sponsland, an online exhibition that asserts itself as a “climate challenge”. Sponsland is a curated undertaking, an experimental, and research-based inquiry into the role of landscape architecture in a time of rapid climate change. The curators Yttje Feddes (Feddes/Olthof) and Peter Veenstra (LOLA) guided eight design bureaus towards climate-ready ideas across the region of Groningen in the northern fringes of the Netherlands, described as a “fast growing city next to a shrinking countryside”. In terms of exposition, the content is relevant and certainly timely because Sponsland is not a competition. Rather, bureaus, studios and offices are working separately on what can only be imagined as interdependent projects. This is a critical premise in relation to climate change. I applaud the curators for this premise since there are no singular solutions to systemic problems. How could we ever try to compete over climate change?  Knowing this, the projects left me wondering how they interact, overlap or otherwise inform each other.

This is not a “built-project” proposal. While we are thus confined to the hyper-reality of the rendering, the diagram and the labels, Sponsland could be an opportunity to represent that reality outside of the market of project development and competition, outside the design standards developed by and for that market. The exhibition premise could permit changes in the way ideas are rendered and communicated. However, in Sponsland, the future looks a lot like the present.

When designers imagine the future, they take responsibility for the impressions shared and conjured in a community. Knowledge is an exchange. The lifestyle represented in these renderings is currently a fantasy for everyone but a select, wealthy few—and even those few are facing more and more disruption (while wealth certainly offers a protective buffer from reality, Covid-19 has underscored in bold the extents to which global phenomena are inescapable even for the rich). The future here is rendered like every mixed-use luxury neighbourhood project with no indication of the fundamental transformations underway in the context of ongoing and extensive climate change. Renderings are not fiction; rather they should try to represent the true pace of change that the world already faces. This is only one way that designers can begin to responsibly address the uneven experience of change and asymmetric access to protection  created by the climate crisis.

The projects presented in Sponsland have in common the stark difference between how we create images of the future and how we describe the project in words.

For instance, in the project “Wood Park”, agence Ter displays their knowledge of plant selection and planting techniques, since they are a renowned agency with a solid history of urban landscape architecture. Perhaps this is why the scheme presents as an urban renewal project that relies heavily on tree planting to “green” the city, connecting streets, lanes and parks. The drawings suggest an interconnectivity within the depths of a robust soil profile, the canopy dense and mature. Why is this novel? How does tree-planting respond to Sponsland’s query towards experimental or research-based approaches to climate change? My criticism is that the images are generic, as they indicate a kind of estrangement from the change itself: water quality, hardiness zones, urban temperatures et al. are quite known compared to a decade or two ago when urban greening strategies seemed to invade all commissions.

A recurring term is “sustainable agriculture”, an admirable if ill-defined goal. “++ Water Heritage” by MORE landscape projects smaller-scale, crop-diverse farming, increasingly salt-resistant and acclimated to warming temperatures. The emphasis on smaller scales, both in agriculture and in landscape types is certainly appreciated but the diagrams fail to relay the kind of transformation they seem to be writing about. An axon of small-holdings and water channels depicts an essentially unchanged farm-field patchwork, while a timeline of agricultural development is almost absurdist with BB-8 and other robots in a field looking much like the standard large-scale rows of annual agriculture. Misleadingly placed below a label describing the transition to salt resistant-crops is a woman harvesting citrus….

Controlling and directing water is the foundational directive of the Groningen landscape. This is not news but it is especially apparent in a landscape engineered for hundreds of years to speed up the movement of water off and away from land. But even before the channelization and draining, humans were changing the landscape in drastic ways. Northern Europe was cleared of forest at least several thousand years ago. When the words “cultural landscape” are used in reference to Groningen they necessarily refer to not just the manipulation of water and its effects on soil and plants but also to the manipulation of plants and the effect on soil and water. Projects such as “Aquabattery” by Bureau B+B offer a reading of these changes, albeit in a simplified manner that makes the work accessible to the general public. They pursue “slow water” as climate change adaptation is intertwined with plant-based strategies for “slow soil”. Slowing water means keeping it in the soil, spreading its dispersal, and allowing it to percolate rather than be directed out and away to the sea. This ‘future’ project is ecologically and hydrologically informed to act out this slowness and create a counter-narrative. If only the renderings were as sophisticated as the concept.

Our drawings are not catching up to our ideas, our knowledge and our fate. To the public, such representations simplify the cost, difficulty and impact of project making, such that the public responds to: “Your town will be ok if we plant trees.” Or, “If we green your way to work you can still drive, shop along the way and otherwise consume because the trees are offsetting your concern.” This is not only untrue, it spreads untruths.

It is worth taking a closer look at many of the projects because they are remarkable in their description and the depth of research. The project texts and infographics reveal a nuance that has not been conveyed in the renderings. The texts acknowledge much more of the messiness and changeability that is fundamental to any radical transformation. This is admirable but insufficient. Sponsland is at its core a project of communication and renderings have a particular communicative power because they translate an imagined reality, the culmination of extensive research, into a widely accessible and legible medium. They fill in the gaps left for individual imagination after reading the text body. The rendered image says, “This is what the land will look like.” It is definitive and final, which is the antithesis of both landscape and the climate crisis.

This brings me back to my first question: Why does landscape practice, even landscape practice unshackled from the strictures of competition, continue to produce shiny renderings of a world essentially unchanged, only brightened and beautified? This is especially problematic since the Sponsland “climate challenge” is essentially a project of visual communication; the renderings and diagrams are the “built work”. If the future of design practice is located in collaboration rather than competition, if it is found by working with, rather than against, hydrology and ecology, we must meet these ideas with equal respect when disseminating, communicating, and otherwise sharing with the public. Perhaps this sets up the next challenge for the curators…

Rosetta S. Elkin, MLA, FAAR, PHD, is a landscape architect, principal of Practice Landscape and Associate Professor at McGill University in Montréal. Elkin is based in Cambridge, as a Research Associate of the Harvard Arnold Arboretum. Her research and teaching consider living environments with a particular focus on plants in ecology, horticulture and human affairs more broadly.

The effects of climate change are becoming increasingly visible around the globe. Building with Nature showcases projects that harness natural forces to counter the effects. 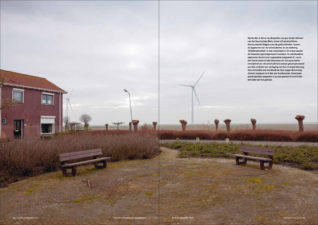 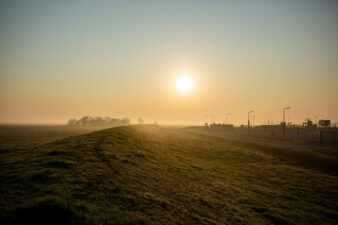 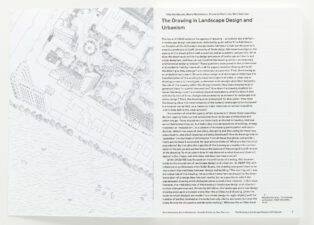