Are we there yet? A review of Volume magazine’s history and mission

Volume 58, entitled Legacy, marks the transition of the editor-in-chief position from Arjen Oosterman to Stephan Petermann. To avoid simplistic boasting or navel gazing, as the magazine introduction states, they decided to dive into Volume’s pre-history, starting in 1929 and stopping where Volume started. What is Volume’s legacy after 75 years of magazine making?

“No one knows what it means, but it’s provocative. It gets the people going!” This line from a corny Will Ferrell comedy seems to describe perfectly the OMA/AMO/MVRDV et al cultural production of the last thirty years. Volume magazine is here to remind us.

Self-proclaimed as the cutting edge of architectural periodicals, and with a distinct ‘underground’ feel, Volume magazine took time off during the pandemic to ponder its 92-year history. Truth be told, it really seems to be a publication both historical and perpetually innovative. But is that even possible?

Run by the Archis Foundation, Volume magazine is now mostly known as a platform of OMA/AMO and Columbia University’s school of architecture (GSAPP). In its previous forms, Volume was known as: Archis (1986-1997), Wonen (1973-1986), TABK – Tijdschrift voor Architectuur en Beeldende Kunsten (1960-1973), and Het Katholieke Bouwblad (1929-1960). In these successive iterations, the magazine closely followed the changes in the architectural profession throughout the 20th century: from artistic cultural production, to technical and detail-minded content, to design and consumer market ideals. And Volume represents its 21st-century expression.

Seeing the bold typefaces, the informal feel of the design, and the loud and provocative texts of starry-eyed architects, critics and ‘think tanks’ makes it seem paradoxical that the magazine’s roots lie in a Catholic pedigree. But maybe there is a shared sense of a mission (from God or Corbusier), which a prime architectural publication is supposed to be after. In a way, they are both dealing with idealism, but I will leave this aside.

In its current form, Volume is characterized by a controversial combination of low- and high-profile content. Issue #58 Legacy for instance. One the one hand, it features ultra-conventional articles that deal with the canon of architectural history and theory by figures such as Kenneth Frampton, Peter Sloterdijk and Hans van Dijk. These so-called ‘nestors’[1] of architecture have enjoyed prominence since the 1980s at least. Illustrative of the extent to which the fresh-looking magazine wants to affiliate itself with the historical, conservative core of the architectural discipline is that the feature interview on Frampton reviews his latest re-edition[2] of 1980’s Modern Architecture: A Critical History. The main question in the article being why Dutch architecture was omitted from the new 300-something-page edition. But why would OMA-related architects and GSAPP students be interested in such matters? Do contemporary architects care about how a history book from 1980 credits Dutch modernism?

On the other hand, there are articles that look like fireworks, by hot-shot authors who are introduced with compelling titles such as the ‘artist, filmmaker, graphic designer and writer’ Daniel van der Velden. And with click-bait/shocking titles such as ‘Nonsense’ by Wytze Patijn and ‘Silicon Valley without the bullshit’ by Niklas Maak, which also serve as the main points of criticism in the issue. In this category also falls a hint of the exotic in ‘Shenzhen: A paradoxical city of desire’ by Zhang Weiping, as well as the too-familiar dose of existential angst with ‘Profession of the architect’ by Arjen Oosterman.

So far, there is a strange combination of hot and cold content[3], interchanging rational and passionate speech. Add to that the pop aesthetics and ironic attitude of the magazine. The magazine looks like a newspaper (but costs as much as a book[4]) and opens up with a double page of actual and fake ads from architectural organizations. Admittedly, a funny feature. A big barcode sits prominently on the left corner of the first page to make the reader know that the editors are aware of the neoliberal waters we are swimming in. The bold letters throughout the issue, the stacked imagery that recognizes no order, the coloured stripes that run over and under texts and images, and the images themselves which blend Merkel, Superman and modernist blocks, are I presume a visual transcription of the culture of congestion on paper.

As for the ironic attitude, the end-quote on the back cover of the issue says it all: “Volume 58.doc has been successfully uploaded to your brain. The debate continues online. Stay tuned at archis.org”. Passages like this can be found throughout the publication, at times entertaining or enervating, but nonetheless captivating.

Both the bold design by Irma Boom and the mouthy attitude[5] are remnants of a once-meaningful post-modern culture. Now they seem a bit like ticked boxes of trends, ratings and numbers for the success of the end product. It also feels weird for a magazine that we know represents the aforementioned ‘avant-garde’ yet highly corporate companies and elite schools and clubs like Berlage and Columbia to pretend to be ‘underground’ and ‘hip’ by using words like ‘combi’ instead of combination (p.52). But those are details.

There are two issues that come up urgently here: one is the role of magazines as a medium that wants to always feel fresh. But re-defining newness with each periodical also means cancelling the work of the previous ones at the same time. The catch here being that whatever the content, what’s important is that the core audience remains hooked. And whatever cultural production is published, it needs to serve its audience base. The medium here is the message indeed. And also the market.

The second is this belated post-modern cultural production that was once part of an innovative movement but is now part of a hard-shelled establishment. What S/M/L/XL did in 1995 as a discursive reaction has been replicated in Volume as a product since 2005. As a formula for novelty. And it actually does it quite well. It is humbling to see that edgy baby boomers have put creativity in a can, but it really seems to work! Personally, I have no problem with cheeky post-modernism, strong criticism or irony. In fact, when nine people in a room agree on one thing, it is sort of an obligation for the tenth one to contradict it. At least for the purposes of a productive debate. But the diffusion of this culture has now been inversed with nine architects out of ten wanting to be critical just for the sake of being critical, to be provocative in order to be trending, to sound abstract to seem intellectual.[6] To just be loud. And there is no chance for a discourse under these circumstances.

Hopefully, the crises that we are witnessing globally will shape a new generation of ‘anti-rebel’ architects who will reject the impulse of self-gratification, of being critical without being political, of dominating a market by any means, of hiring unpaid interns in the basement while they talk on panels about the meaning of progress. Architects whose number one marketing rule will be to simply do good architecture. And talk and write accordingly. Then new discourses and collectives will indeed be meaningful. Until then, we will be strapped to the back seat of a well-oiled car driven by magazines like Volume that serve us the latest intellectual topics;[7] ceremonies like the Pritzker Prize telling us what architect deserves praise; exhibitions like the Venice Biennale that co-ordinate us idealistically, and so on. Pampered, cosy and indoctrinated we, the base, will be asking: “Are we there yet?”

References:
1 The over-the-top epithet is a reference to the original text.
2 Fifth, for the record, published by Thames & Hudson, whose purpose was to “expand the book beyond the undeniable Eurocentric/Transatlantic bias of previous editions”, as Frampton puts it (Volume, #58, p.20)
3 In marketing and media studies, hot and cold media are different ways of inducing the reader to engage with content and, most importantly, advertisements. For more, see Marshall McLuhan’s definition of the terms.
4 The yearly subscription rates for two issues are 43 euros in the Netherlands, 47 for the rest of Europe, 56 for the rest of the planet. The single-item sales on physical selling points are about € 20,-.
5 The title alone, VOLUME, always appearing in all caps, is indicative in itself. My position here is that post-modernism as a movement that disintegrated modernism’s machine-world view was liberating and progressive. But I now fear that the post-modern tools of irony, self-reference and meta-analyses are being applied to obscure, confuse and complicate rather than clarify our present situation.
6 I don’t mean to offend anyone. After all, that’s what we teach architecture students, worldwide.
7 Or other semi-professional, semi-academic periodicals like Harvard Design Magazine, AA files, and Perspecta.

Dr. Ir. Phoebus Panigyrakis is an architect at Iconic Ironic Architecture, and lecturer at HZ University and TU Delft, Department of Architecture

About the press conference convened to introduce VOLUME, a two-monthly periodical initiated by Archis, AMO and CLAB (Columbia University), in collaboration with graphic designer Michael Rock 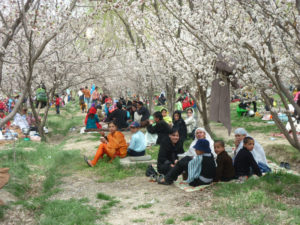 Architecture as good cause 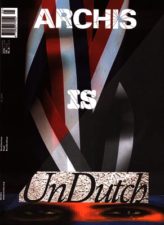 Let there be Archis 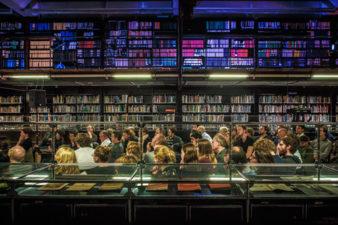