Can you explain your choice of subject?
The immediate need for houses for the newly present city residents forced the Post War governments to built create cheap, quick and affordable housing. With the rise of modern philosophers like Sigmund Freud, simultaneously another ideological revolution made way for architects to write their approach to the changing of the world in the form of a manifesto. And so, the mixture of immanent logistical needs and modern experimental ideas created a series of housing projects, which later proved to fall, one after another. Architecture of Synergy is an attempt to learn from and act upon history in architecture. It formulates and translates a possibility to redirect an abandoned, isolated problematic housing project to more divers and friendly living and working environment.

What or who are your sources of inspiration and can explain this?
The main inspiration for my graduation project was the people who live and shape a community in this part of London. listening to their stories and research about the existing date was the main sources to start to shape the design.
Before any attempts of design, it is most crucial to understand this project and its many layers. From urban layers to the mapping of social behaviour of its residents and the architectural philosophy to accompany its theoretical framework, they all need to be addressed to an extent of all their possible outcomes. The research needs to develop as the project’s progress, it runs simultaneously, as do the findings which run simultaneously with the design process.

Project text
This project concerning the Robin hood gardens, one of the most iconic brutalist architecture which is going to be demolished soon. This historical housing project was built in the late ’60s in the Poplar District in London. Alison and Peter Smithson designed a project, famous for its walkways in the sky and the central green with a conic hill around which the ensemble was aligned. The project was an experiment in modern and affordable living in the city. The architects were inspired by the idea of the golden lane which they both believed it can be the best way to deal with the social housing in London.
After just three decades the local government decided to demolish the buildings, but many architects and also the residents started to protest to save these concrete monsters. after 15 years of activities for saving the community as well as the monumental buildings, finally, the weak points of these buildings helped the developers and the government to win the case, and the demolishment started in early 2017. Nowadays only half the project is still standing, since the other half had to make a place for new housing developments with higher densities and new types of residents.

My transformative design is a reflection on the history and architecture and urban heritage of the project, the present remaining community and the new situation, steered by market parties.Series of layered research and observations helped me to understand that the challenge is beyond just some technical failures but, there are many social, urban and architectural complications. Any concept which possibly could save this community and introduce a new divers environment , must have a direct link to the past and existing challenges to be able to create a brighter future.
The design involves new urban planning that connects the site with the district and the inner city of London. The site is transformed into a central green with square, whereas the existing building gets a plinth for mixed-use programs.

Vertically the Robin Hood Gardens building is opened up by a central street with various social programs. The demand for additional housing typologies is met by a new addition parallel to the current volume, both connected by an in-between atrium, the place where the old and the new meet, the place that we learn avoid isolation and how to embrace the new generation of the Robin Hood Gardens. This architectural ‘entre-deux’ is a social space that unfolds a dialogue between the two parts, between monolith and a fine-tuned, empathic and adaptable residential tissue.

The Robin Hood Garden building, as so many others a product of rushed experimental housing developments, should therefore be demolished, put away in the history books as a failure and abandon the people and communities that to this day rely on it as their place of residence, of memory and that of culture.
My graduation project is an attempt to learn from and act upon history in architecture. It formulates and translates a possibility to redirect an abandoned, isolated problematic housing project to more divers and friendly living and working environment.

What are you doing now?
I am an architect and project manager in SWArchitecten in Tilburg.

What hope / do you want to achieve as a designer in the near and / or the distant future?
I have been trying to study and learn more about the social and political aspect of architecture and possibly in future be effective in shaping living /working /being …, spaces where a community can be the best version of itself.

In collaboration with Archiprix, Archined publishes the graduation projects selected by the Dutch design schools for the Archiprix 2021. 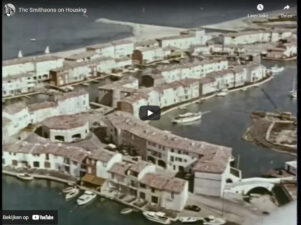 The Smithsons on Housing

Building Design Online has started a campaign to save this housing complex designed by Peter and Alison Smithson. 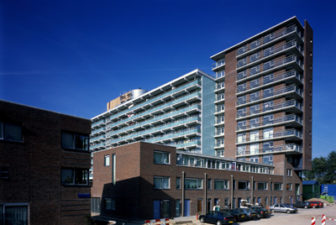