Shifting authorship and the design of the encounter

The Persistence of Questioning

As part of ‘The Persistence of Questioning. Critical reflections for the future: “What is architecture?” Giovanni Bellotti and Alessandra Covini (Studio Ossidiana) encouraging other forms of authorship and ownership, in which architecture can then be defined as a form of hospitality, open to critique and contributions. This is perhaps the reason why Bellotti and Covini love to work with materials and models, which are almost questioning their spectator, and not just their maker, about what they could become.

During an interview with the poet David Shapiro, John Hejduk recalls a conversation between himself and Peter Eisenman. Eisenman, looking at Hejduk’s repertoire of nomadic, fragmented work, dismissed it as ‘not being architecture’ because ‘one could not get in it’. To which Hejduk’s theatrical answer, staged with his index pointed at the interviewer, was: ‘You, can’t get in it!’ Hejduk’s argument rested on the idea that architecture is not confined to the built fabric of the environment, that a building can be a form of architecture, as can a drawing or a model, and that one can only enter a project through a capacity, or a desire to understand it.

In the years that we have been working together as Studio Ossidiana, we have in the everyday world of contracts come up against disciplinary boundaries and the definition of ‘architecture’. In the negotiations concerning artist’s fees instead or architect’s rates, occasionally reinforced by colleagues, family or students when the ask: Are you an artist or an architect? We sometimes wished we had the confidence to respond with Gordon Matta Clark’s famous quip: ‘If there is plumbing, it’s architecture.’ But as we grew less preoccupied with the disciplinary implications of our contractual flexibility (hired as either artists or architects), we increasingly felt that much broader and established notions and definitions had begun to waver, and not without consequences, around us. Notions of natural and artificial, terms that were once capable of speaking to a collective imaginary, were becoming clouded. Their meaning was either too broad to be useful or too narrow to be credible. What meaning do natural or artificial hold in a world where the very composition of the soil and air has been unintentionally designed by people? Their collapse of such notions was accompanied a renewed thirst for stable disciplinary grounds. But like the notion of nature, architecture appears to refer to a thick layer of definitions rather than to an imaginary realm to which projects and objects are either admitted or refused entry on the basis of their cultural pedigree. We have not interpreted this desire for stable disciplinary foundations as a call for agnosticism, but we sense a growing need to inhabit the gradient between disciplines, while we try to establish meaningful connections between the fields we cross.

The questioning of binary categories – artisanal and conceptual, material and abstract, but also the broader ones of human and non-human, cultural and natural – does not bring with it an intrinsic political or aesthetic position. Rather, it requires us to question more deeply each context and to give specificity to words like sustainability or inclusivity, words so common in briefs to the point of becoming losing their meaning. This kind of questioning is not an embrace of the collapse of cultural categories or disciplinary boundaries. Instead, it is the acceptance that no project is innocent; it will always include and exclude; it will always position itself towards one form of sustainability rather than another. Once it is accepted that innocence is not granted by technical optimization or by some form of environmental friendliness, the impossibility of architectural innocence carries with it a new kind of optimism. Each design must position itself as necessary in other ways: by enabling unseen or forgotten forms of relations with others, by actively proposing new ways of being in a home or in a public space, by facilitating new forms of agency.

Within this finer, more circumstantial positioning, we believe, lies the space and significance of projects. Projects have the power to transform the generic into the specific, and to rewrite ethical concerns as contextual positions. A project does not have to centre on an author. The focus can shift during the process, encouraging other forms of authorship and ownership to grow within the cracks. Architecture can then be defined as a form of hospitality, open to critique and contributions. This is perhaps the reason why we love to work with materials and models, regarding them not as a step towards architecture, but, in line with Hejduk’s thinking, as fragments of it.

The models we like the most are the ones that are objects in themselves, which acquire materiality and are a manifestation of the tools that made them, models that are both representations of possible spaces and inhabitants of space. Such are the sculptures/models of Andrea Branzi, Gonzalo Fonseca, Fausto Melotti and Michele de Lucchi, which are capable of arousing a kind of affection and desire towards their materiality, models that are both fragments, and precursors to their possible transformation into buildings. These models seduce us, and seem to ask to be taken care of, almost questioning their spectator, and not just their maker, about what they could become. These kinds of model-objects acquire a different agency from that attributed to the canonical architectural maquette, intended either as a quick three-dimensional sketch or a scalable representation of a set outcome. Less submissive, these model-objects do not surrender passively to being scaled up, as their scalability requires translation, while their sheer material presence questions future choices. They exist simultaneously in at least two distinct scales. Each is in itself a fragment, as Hejduk pointed out, of architecture, but it is also an autonomous object.

The possibility of translation to other scales does not heighten or diminish its influence. The models and material samples we make in our studio are certainly instrumental to the development of a project – and are indeed thought at, and made at, a certain architectural scale. At the same time, we aspire to make the kind of instruments we would want to collect, feel responsible for, and cherish both for their intrinsic material quality and for the possibility of their translations. And in this translatability lies their generosity: they require cultivation, inviting others – whether they be artisans, builders, clients, future users or students – to join the conversation. This openness of the work sits very far from an idea of neutrality. We don’t think there is any neutral architectural form, material, or design. Neutrality in architecture, and perhaps anywhere, is as charged a position as any other. It can only be framed as a desirable outcome when there is a wish to conceal, to ignore those for whom that specific blend of neutrality, norm, or standard, is an aggressive form of exclusion. The openness we speak of is closer to the model proposed by Umberto Eco – and later adopted by architects like Aldo van Eyck – in Open Work. Eco describes an artwork as ‘an object endowed with structural properties that render possible a number of successive interpretations, a series of evolving perspectives, but that also enable us to coordinate such a series’. This openness is not generic, and its interpretations are not accidental. They require, in fact, to ‘get into the work’ to respond to embodied positions. In this desire to communicate lies the space for action and authorship, which is the inherent and unavoidable form of generosity of every project. As a model becomes a series of drawings, drawings become matter, and matter becomes material, and objects become spaces to be appropriated. Several authors begin to exist within this process: those who imagine the space, those who build it, and those who care for it.

This summer, in the tentative break we enjoyed between lockdowns, we had the fortune to see projects we had been working for over the past two years being built. In other words, translated to an urban, civic scale. In Utrecht, we realized the Fire Dune, a public kitchen-dune, a landscape of fireplaces and sand where one can cook or rest by the fire; in Stockholm, Utomhusverket, an open garden-observatory; and in Amsterdam, the Bird’s Palace, a floating island dedicated to birds and birdwatchers. In all, we felt both the challenge of sharing the forms, materials and thoughts that had been with us for years, and the realization that what we had designed was but a fragment of the project. Utrecht’s Fire Dune also belonged to the metalworkers who made it, to the people who lit it up and cooked there, and the association that took care of it; Utomhusverket became much more than we ever thought because of the work of a team of curators, who had to reinvent themselves as gardeners, negotiating between the desires of the plants and birds who came to inhabit it, and those of the visitors; the Bird Palace was ultimately appropriated by birds, who farmed it and fertilized it, driven by appetite and curiosity.

Through these translations, authorship and ownership shifted, and architecture, at least in the definition we give it, become a form of charged hospitality. Visitors – through curiosity, cultivation and care – become gardeners or explorers.

Alessandra Covini co-founded Studio Ossidiana with Giovanni Bellotti. She studied in Milan and Lisbon and received her master’s degree in architecture from Delft University of Technology. She has lectured at several educational institutions. In 2018 she won the Prix de Rome Architecture.

Giovanni Bellotti and Alessandra Covini will give a presentation on Friday 25th Februari at Independent School of the City (Rotterdam) > more information. 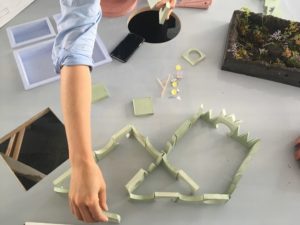 Today the 2018 Prix de Rome Architecture will be awarded. Nominated candidate Alessandra Covini wrote a diary on the process of her project. 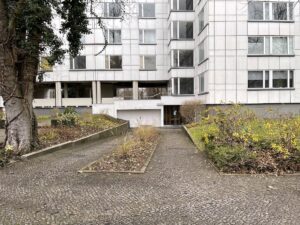 "What is architecture?", Mechthild Stuhlmacher asks what makes Alvar Aalto's buildings from the 1950s so pleasant to live in.

The playground by Aldo van Eyck are "points where the seeds of community were sewn, where the city was not to be viewed or consumed but experienced". 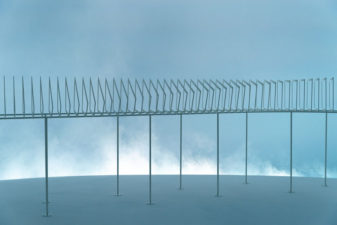