Of stones and travelers – Archiprix 2021

Riccardo Sforzi (Delft University) works with the dichotomy of Venice, the contrast between its picturesque historical center and the anonymous industrial character of its outskirt. He proposes to redevelop parts of the industrial outskirts into a new Venetian fabric to release pressure from the historical Venice.

Can you (briefly) explain your choice of subject?
During my exchange at the Accademia di Mendrisio in Switzerland, I visited the exhibition Louis Kahn and Venice, a thorough display about the relevance of the architect’s project for the new Congress Palace in the Italian city, dated 1968. Already at that time the debate around the future of Venice was vibrant, discussing how the city should evolve and transform in order to avoid its museumification and monetary exploitation, a condition that still haunts its existence in current times. In fact, it is common knowledge that Venice represents the symbol of the difficult relationship between cities and tourists, stones and travelers: the situation in which the city is transforming into a productive machine in its own consuming. It is by acknowledging this present condition that I was intrigued in analysing the city of Venice, by trying to understand what can be done, as architect, in order to affect its condition, with the aim of positively affecting its future.

What or who are your sources of inspiration and can you briefly explain this?
Due to the dimensions of the project, I started investigating architectural designs that dealt with the big scale issue: Kenzo Tange’s Tokyo Bay’s project, Kisho Kurokawa’s Agricultural City, Le Corbusier’s Venice Hospital project and Algeri Plan Obus, Archizoom’s No Stop City, Piet Mondrian’s Broadway Boogie Woogie. I used those projects as references in understanding how to approach and which values pursue in the definition of a design with such vast dimensions.

Dealing with the smaller scale, I took inspirations from the projects I believed could reinterpret the values of Venice in modern times: Borneo Sporenburg’s row houses, Mies Van der Rohe’s courtyard houses and the Case Study Houses have been crucial in the individuation of the design composition and its architectural definition.

State and (briefly) describe the key moment in your graduation project
I consider the following realisation as the keystone of my graduation project: the understanding of Venice not merely as an island, but as an assemblage of the historical centre and the mainland, with a mutual influence between these two realities. What happens on the main island affects the mainland and viceversa: Venice has to be considered as a unique system that cannot be recognised in its singular parts. To the beautiful historical centre with underdeveloped services is opposed the ugly outskirt with potential services. The entire mainland in fact is composed by cities that have no identity on their own, but they are identified as outskirt of the centre of Venice. Therefore, the dichotomy between the historical centre of Venice and its outskirts is so strong that the city lacks that intermediate zone where, in other cities, houses and common activities are located. And it is precisely in this buffer zone that architecture can develop a strategy to affect the permanence of stay of the Venetians visitors, by transforming an area that can contain both characters: the industrial feature and the morphological characteristics of Venice.

Venice is experiencing a transitional moment in its existence. It represents the symbol of the difficult relationship between cities and tourists, stones and travelers: the situation in which the city is evolving into a productive machine in its own consuming. The imbalance in people’s different gradients of permanence in Venice has triggered the transformation of the historical center into an economic machine, acting merely in response to tourists’ needs. Such character of the city has been determined by the definition of its dichotomy, the contrast between its picturesque historical center and the anonymous industrial character of its outskirt. The project aims to understand and test the way in which the permanence of visitors in Venice can be affected via architectural terms, by releasing the pressure of tourists on the historical center while offering them services for longer stays to experience the city in its totality. The Storage Tank Island in Porto Marghera is the place identified for achieving this result: the redevelopment of the industrial site is an opportunity to test how the assemblage of the city can evolve without being stuck in its picturesque idea. Due to the immanent presence of the ambivalent character of Venice, expressed by the oil tanks and by being an island, the project area represents the ideal territory upon which create a new condition for living in the city by combining the two characters of the venetian dichotomy. The researched value is the understanding of Venice as an assemblage, as a combination of different layers which relationship defines the character of the city. Its dissection and application in modern time is the goal my project has pursued in its unfolding. The design develops in-between the existing oil tanks, regenerated into social condensers and therefore as containers of new public functions. The in between spaces are divided in two different levels: the ground floor for commercial activities and the upper floor for residential units. Their contrasting figure grounds, simultaneously opposite and complementary, are the expression of the two facets of the venetian dichotomy. It is by offering a modern interpretation of what Venice is as a city that the project presents itself as an alternative perspective on the future of the island, with the aim of affecting positively its future transformation.

What are you doing now?
I am working as a junior architect at Space Encounters, architecture office based in Amsterdam.

What hope / do you want to achieve as a designer in the near and / or the distant future?
In the near future I am striving for expanding my knowledge in the architectural field, understanding which values to pursue in the definition of a personal idea of architecture and the way to express it through the material act, a feature which I had not the opportunity to develop during the academic studies. Consequently, I am looking forward to learn and experience how such creative approach can be extended to other architecture related fields.

For the distant future I actually hope to be able to create the conditions for establishing an interdisciplinary creative studio that would deal with different artistic fields through the architectural perspective: architecture, exhibition, installation, industrial and graphic design, fashion and music. I reckon the ability to express my own creativity in a dynamic environment would be my definition of success in the professional career. 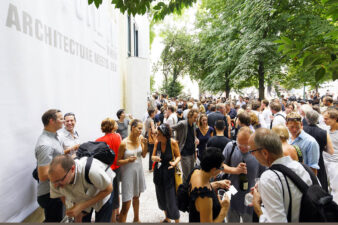 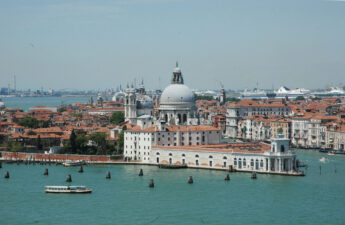 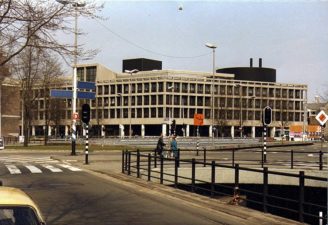 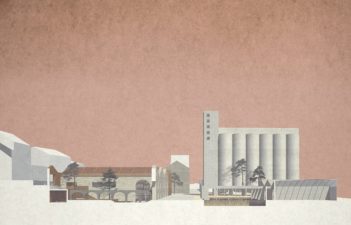