Jacopo Grilli (Academy of Architecture Amsterdam) used his personal childhood playground references to and his visual art as the main design tool to think about the future of the Randstad. This image-based design methodology shows the power of an image to inspire and influence the culture of making projects. The future-proof Randstad is imagined with a hyperloop, a superdyke, an ultimate urban boundary and rural villages on water.

The choice has been extremely simple. Developing this project has been my desire since I started studying urbanism at the Politecnico di Milano. The idea for the urban ideal comes from my youth as I was imagining cities instead of just playing football.

It started when I was 8, at the playground of the neighborhood where I grew up, in the suburbs of Milan. I was imagining cities and landscapes by observing the designed playground of grass, paths, fountains and structures, since then I am working on the process of the idealization of a particular city of my imagination.

I choose to work on the development of this city for a personal reason (realize a dream) and secondly to practice this methodology in the academic environment. I believe that this methodology is an interesting way to combine the profession with my main passion: visual art.

As I mentioned in the project text, the inspiration comes from the reality of things (the playground), and this can be easily twisted into new imaginative concepts.This process works also the other way around (from imagination to reality), or even as a constant loop (exactly what I did for my project).

The inspiring personalities for me, is an infinite list. Yona Friedman above all, with whom I managed to exchange a few digital words during my process. The other inspiring personalities are many painters like Piero della Francesca or urban designers like Kevin Lynch. I have to mention the people around me that gave me enough stimulation and believed in the idea and the process, a special one: my grandmother Gianfi.

State and (briefly) describe the key moment in your graduation project.

The beginning of the process was definitely energetic, when I figured out that imagination was going to be used as the tool and methodology for designing. The use of the watercolours and the colour palette decision is an important moment as well, that allowed me to reach certain realizations just by drawing.

Another significant moment that defined the project was when I decided the location where the urban ideal had to be tested: The Randstad, a highly fascinating metropolis with valuable natural and cultural features that need to be protected and implemented.

Project text
This project is an attempt at a work methodology where imagination is considered to be the main design tool. This methodology (image-based design) suggests that the power of an image is able to inspire and influence the culture of making projects.

The idea is to introduce imaginative drawings as a more consistent tool for guiding the process of designing the city. Over the course of about 15 years, throughout my education, a personal intuition for a city has been elaborated and implemented. And this has now been tested in reality, for the first time.

The Intuition was confronted with the urgencies of contemporaneity that underlines the actual relationship with human life in the city, such as: growth of the urban population, urban densification and sprawl, and overproduction and waste. This has resulted in a dramatic absence of nature and an ‘unsconscious’ growth, based on the economy of our society.

Nature and Culture are the spheres that were investigated within a theoretical framework that gave the chance to elaborate an urban model: The Urban Cell. “A city shaped by geography and culture that relies on its natural resources and enhances them as the principal reason for existence.”

The final proposal is to shape The Randstad as an island, which:
From the perspective of population density, dimension, geography and climate change, has all the qualities to be a metropolis where nature and culture can coexist.
The island needs important and crucial interventions such as:
– A hyperloop system to connect the existing centres (Amsterdam, Rotterdam, Utrecht, The Hague);
– A defensive system in order to design with nature: a multifunctional ‘super dyke’;
– A design proposal for the ultimate urban boundary between the existing centres and the Groene Hart;
– An urban system that allows rural villages to live on water.

The conclusion is reported in a panoramic picture of the renewed metropolis that enhances its qualities and represents a relevant approach to balance nature with our living culture.

I am developing a visual narrative, an art project where art is the key medium to express the importance of the city in our society. The questions are: how to implement the urban environment, and how to protect nature, and at the same time evaluate what we can bring back from the past that can be useful for the future; a rural perspective that I believe is worth considering.

I work as a Designer at BURA urbanism in Amsterdam and we develop visions and urban designs for several Dutch Municipalities. I’m also a guest teacher at the Academy of Architecture of Amsterdam.

I want to combine the freedom of art with the rationality of urban design. I want to produce artworks that are able to suggest concrete actions for urban projects, make visions for regions and cities in several parts of Europe. In fact I wish one day, I will be able to “paint projects” and really use imagination as a design tool. I am very interested in the urban culture and the traditional features that each city has, not bend to the market rules but design what is best for the identity of a place.

I wish I can bring this methodology to my country: Italy, where the relationship between nature (landscape) and culture (cities) is the most recognizable feature and potential future. I would also like to focus on the qualities of rural villages that have the potential to become healthy living places that are currently shrinking. Finally I want to be able to answer this question: Is rurality a great potential feature that we should consider to improve our society and its balance with nature? 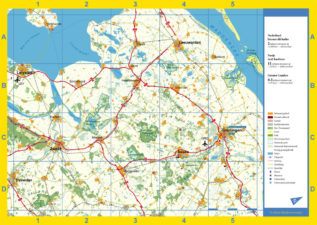 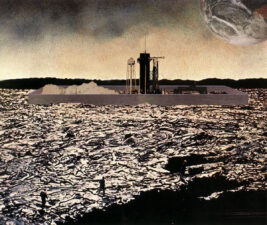