Widasari Yunida Putri (TU Delft) developed a human-centered water mitigation strategy for Semarang City (Indonesia). The project combines a strategic focus for involving the inhabitants of endangered informal settlements, a phased urban strategy that responds to rising sea levels, and the prototyping of architectural solutions for the new reality.

Can you explain your choice of subject?
Many coastal cities in Indonesia, including Semarang, is facing rapid urbanisation which encourages slums and informal settlement growth while at the same time struggling with climate change issues such as flooding and land subsidence. I am interested in the complexity of the urban mitigation planning in Semarang in dealing with these issues.

During this research I found many interesting facts and realities, which mainly underlined the inequalities and controlling urban sprawls. In Indonesia, there is no evidence of the government setting regulations
for policies and procedures rather than product-driven planning approaches during the real policy and urban planning process. Normative planning, as implemented by government officials, is not ready to be scaled down to provide communities with qualities from urban to neighbourhood scale.

One of the main issues is the insufficient and improper investment on hard infrastructures mainly on the coastal areas, where it exacerbates the plight of vulnerable groups, increasing the social conflict while it clearly
highlights the conflict of interest between stakeholders.

Apart from those interesting and complex problems of Semarang, the people has been showing a unique adaptive mechanism in dealing with the situation (physical and non-physical). It raises questions and had me
thinking on how to utilize this knowledge of the people in a larger scheme of urban mitigation planning. This can be a new approach on how we can minimize social conflict while at the same time creating a new framework for the city in dealing with the flood and land subsidence in the long-term. The choice of the subject is focusing on how to utilize these adaptive local mechanisms and balancing between a soft and hard approach while aiming for long-term urban mitigation planning.

What or who are your sources of inspiration and can explain this?
The inspiration of this project mainly comes from the people of  Semarang itself. During my field trip to Semarang, it is fascinating to find that the people present their adaptive mechanism in dealing with the current situation, such as heightening their houses or initiating collective funding to build small dikes. This pushes me to research their coping mechanism and how this can be translated as an opportunity in urban planning.

This research aims to help improve the living quality of the people of Semarang by proposing alternative ways in urban planning, focusing on how to involve the people directly in the planning process. An understanding of the local context is highly required to define and determine their strengths but also their cultural living situation before we propose a new design approach.

State the key moment in your graduation project?
During my research, I tried to understand the urban context of Semarang, mostly focused on the kampungs (informal settlements), the city and how the urban fabrics occupy the space. Most of the kampungs found in the coastal areas have similar conditions when dealing with the land subsidence, flooding and eviction. I conducted my research generally based on the socio-ecological urban resilience principles that aim to balance the built environment with the ecological aspect, natural systems and socio-cultural context.

After months of observations and analysing the relation between the people and its built environment, it is interesting to see that social innovation, small-scale and self-driven collective projects offer immediate solutions to everyday and urgent problems. They unveil innovative ways to read and respond to urban realities and present learning opportunities through the exchange of ideas, experiences and cultures. It shows the fragility of a deterministic urban model based on old tools and regulations that fail to respond to the complexities of our cities.

It enlightens me and inspires this entire thesis project that there is an opportunity for how to integrate those adaptive mechanisms and knowledge (social innovation, small-scale and self-driven collective projects) through proper initiatives and strategic planning in answering the urban problems. Spatially, they reveal areas that they occupy, use or where it takes place. Their tactical nature creates operational expertise by developing tactics which can alter different locations, where they can be implemented over shorter or longer periods.

Semarang City is flooding & sinking; the sea-level rise and the unstoppable land subsidence is threatening its low-lying coastal areas. The unjust urban development and improper investment in hard infrastructure cannot address these issues, exacerbating the plight and well-being of vulnerable groups. Much of this recent interest in urban design repeats the familiar mistakes: it only focuses on the final product and aesthetical aspect of the cities, overfocusing on hard infrastructural strategies (hard approach) and excluding public participations (soft approach).

As the main case study of this project, the coastal area in Semarang is exposed to these problems. In dealing with the ecological threats, hard infrastructures such as sea dikes, polders and in-demand water supply have not successfully solved the issues. This situation complicates those occupying poor informal settlements. They are prone to evictions, lack of basic infrastructure and suffering from environmental deterioration. The city needs a new approach in long-term multiscalar urban mitigation planning with minimal social conflict to solve the environmental issues and to survive climate changes. Despite its cross-scale planning complexity, the striving communities capably encounter these problems. The demonstrated local adaptive mechanism provides opportunities for addressing the city’s problem such as simple adaptive measurements, establishing socio-economic activity and community initiatives.

This research tries to utilize these local adaptive mechanisms in urban mitigation planning through a strategic framework to develop general understanding in balancing soft & hard approaches, emphasizing the socio-ecological urban resilience principles and focusing on the socio-economic & housing aspect. It is initiated by involving public participation in the development process, analysing their mechanism and translating the information into tangible strategies. It integrates multiscale planning to tackle the environmental issues through proper infrastructure investment. The strategies promote self-sustaining lifestyle towards future climate challenges by empowering socio-economic opportunity among vulnerable communities, while recovering the ecological-environmental settings of the city with the end goal of improving the well-being of the people.

Re-assembling Semarang City’s soft & hard approach might contrive a new way in urban mitigation planning. The catalogue of strategies provides sets of action for all stakeholders, stimulates active engagements/collaboration on top & bottom level between private & public sectors while enhancing the built-environment. The strategies offer flexible implementations in real condition, focusing on the development process instead of the end result, expanding its resiliency in dealing with future challenges.

What are you doing now?
Right now, I am back to my country Indonesia and working as an Urban Designer in PDW Architects – and at the same time I am now working as an urban consultant for Green Building Council Indonesia to develop a rating system on neighborhood scales. It gives me a chance to really play my role as an urban designer in mediating different stakeholders but also implementing all the knowledge I gained during my study into practice.

What hope/do you want to achieve as a designer in the near and/or in the distant future?
After I had this thesis finished, I realized that my knowledge of  ‘urban design’ is still lacking, especially in balancing between top-bottom perspective and understanding the reality on the ground. But I believe learning is a lifetime process and I really hope this can be a start of my enjoyable journey as an urban designer, to becoming an expert where I can engage more to understand the socio-cultural problems in our cities. 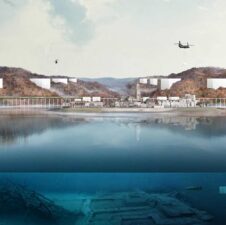 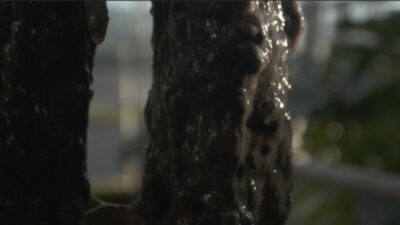 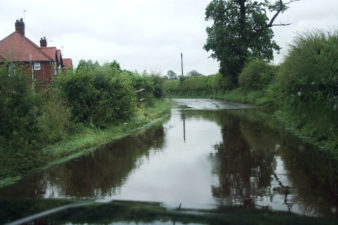