Nicole Garcia Vogt (TUDelft) revealed that the design of hybrid structures of natural and non-natural, human and non-human can transform climatic related risk into opportunities. The condition for these hybrid structures is that synergies and ecotones – space for the meeting of dissimilar activities – are successfully created in the process. The key, she concluded, was to construct enough chances and support for these synergies to happen and change naturally across time.

Can you explain your choice of subject?
I chose to work on climate risk adaptation, specifically on the adaptation of the Weser estuary to three effects of climate change: sea-level rise, rising sea temperatures, and pollution of the water by shipping and port industries. The project proposes the use of hybrid infrastructures such as barrier islands and soft coastal edges, over time, to ensure safety, health, and connectivity provided by the regeneration of the multi-equilibrium state of the marine ecosystem.

What or who are your sources of inspiration and can you briefly explain this?
My main source of conceptual inspiration were theories around the term “Infrastructural Ecologies”, primordially developed by Brown (2019) and Belanger (2009), which incited the idea to use a mixture of soft and hard infrastructures to reintegrate the biodynamics of ecology so that it can be colonized by socio-ecological elements.

On the other hand it was the notion of “Metabolic flows” intrinsic in the literature by Alberti (2008) and Ahern (2007) , which interprets anthropo­genic urban fabrics as ecosy­stems, and this way create robustness of built and natural environments by understanding the functionality of complex flows and shifting them to beco­me reciprocal or cyclical.

In terms of design, I was mostly inspired by the work of SCAPE(USA), especially their Rebuilt by Design Project: Living breakwaters, which served as a reference of how to support the innate abilities of an ecosystem with a mixture of biotic and abiotic elements.

Furthermore, the work of EFFEKT (DK) leads me to understand which visual elements (such as materials, architectures) can create pleasant and innovative spaces with a high degree of realism, especially surrounding water landscapes.

State and the key moment in your graduation project?
My graduation project had many reflective but also exciting moments, nevertheless, the key moment was when the results of my ecosystem assessment as well as the analysis on different aspects of the area guided the decisions I made over my proposal. The thorough research I made of the area, allowed me to justify the geometry, position, activities and simultaneously strengthened the purpose of the design.

Projecttext
The extreme character of human activities and hard infrastructures in combination with the continuous variation of the climate has triggered an unprecedented fast rate of alterations in the environment. Hereafter the anthropogenically magnified climate change is increasing stress on ecosystems; especially interfaces such as coastal areas are at significant risk. Considering that the Wadden Sea Region is one of the richest and largest intertidal wetlands, we can draw upon its susceptibility to three hazards: inundation, sea temperature rise, and growing harbours.

Although an ambiguity will prevail concerning the magnitude and rate of transformations, certainly inundation will cover and drown habitats, and move large amounts of formations and sediments; sea temperature rise will attract invasive species and decrease water quality due to habitat depletion, and expanding ports will generate more pollution, hence externalities will accumulate at the sea bottom. Recalibrating deltas like the Weser Estuary could mean enhancing the exhausted Wadden Sea ecology to embrace climatic risk, store externalities, and set an ex¬ample for the management of other conservation areas at risk.

Our spatial measures are moving from exploitation of ecology to its conservation; currently, we are looking towards shepherding nature by integrating it into our constructed systems. However, this perspective overlooks the innate benefits resulting from the synergy by cohabitation of human life, non-human life, and the environ¬ment. The project recommends looking into a partnership with nature to regenerate the multi-equilibria state of the coast through an ecosystem succession approach.

The gradual creation of soft and hard infrastructures that integrate environmental processes, can provide different living species with a habitat. In the proposal three main strategies are implemented to reduce the intensity of a given hazard: a set of barrier islands, an absorptive edge and socio-ecological corridors. It was important to propose spaces where dissimilar socio-ecological activities can interact to allow communities to embrace constant change (ecotone enhancement). Through the study of the dynamics of marine ecosystems in terms of time cycles, longevity, and interdependencies , it was possible to couple the design to the pace of environmental processes. Six ecotone enhancement projects at the Weser Estuary are meant to support vulnerable elements creating different relations over time. Ecotone augmentation could be the key to trigger adaptation processes which may allow us to continue inhabiting these extreme environments.

What are you doing now?
I am working as a junior urban planner at a landscape & urban design/planning office in Düsseldorf, Germany called studiogrüngrau, where I am leading four small to middle housing and office projects. I have to organize and plan different areas surrounding the architecture from phase 1 (concept) to phase 9 (construction- object control)- which often consist of proposals like green roofs, playgrounds, and common gathering areas for human and non-humans alike.

What hope/do you want to achieve as a designer in the near and/or in the distant future?
Besides formally becoming a landscape architect (BAK- Federal Chamber of German Architects), I would like to continue working on projects on different scales linked to the idea of integrating more natural processes into the city fabric, as well as build spaces for encounters and open-air activities. 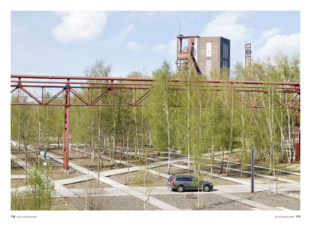 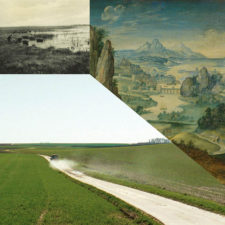 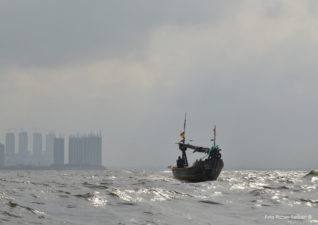