Arghavan Khaefi (TU Eindhoven) used her architectural tools to address and discuss the concept of privacy. Even though architecture can still help us gain physical privacy through buildings, architecture fails to provide digital privacy. The project attempts to answer the question how far architecture is responsible for creating privacy by providing a theoretical framework concerning privacy, a categorical attempt in understanding the ways that privacy can be achieved and two design proposals as a final critical exercise to tackle the notion of privacy.

The project takes a critical approach toward the role of architecture and its compatibility in creating privacy in a time when due to novel development in modern technologies, the invasion of privacy takes place, mainly, on a virtual scale.

My goal was to determine how far architecture can prohibit the new types of privacy invasion, if not with borders and walls, then as a theoretical tool to somehow bring forth the privacy issues from a passive state into our awareness, demonstrate its value, and prevent its decay.

While working on a project for a year, the sources of inspiration could be numerous but varied in their effect. A turning point in my project was when I decided to look into the works of literature to find examples of lack of privacy. We by Yevgeny Zamyatin, Mortelle by Christopher Frank, Nineteen Eighty-Four by George Orwell, and The Trial by Franz Kafka were the four novels I decided to implement in my research. While each novel contributed immensely to depicting various types of privacy invasions, the Kafkaesque environment illustrated through the words of Kafka in The Trial was the most inspirational factor in understanding the confusing state of private life in the 21st century.

I think the key moment in my graduation project was when I had to conclude my theoretical research and having to admit that perhaps privacy, as it is currently perceived, is not an issue that architecture can tackle on its own. It was by admitting the failure of architecture as a practice in reviving our sudden loss of privacy that I could focus on other aspects of architecture.

Architecture as a didactic tool is something that is less used nowadays, as most of our concerns are focused on functionality and sustainability. So this was the key moment in my project, to come up with design proposals that were not conventional, but were stories to be told to call for awareness.

The project Explicating Privacy takes a critical approach to the role of architecture in creating privacy in a time when novel technological advancements have made a change of unprecedented magnitude in the perception of privacy.

Once architecture, with the provision of borders and boundaries, used to serve as the primary player in the establishment of private life. Today, however, due to novel developments in modern technologies, the invasion of privacy cannot be prohibited with the help of physical elements, since it mainly takes place on a virtual scale. In this project, the issue of privacy in a technology-driven time is discussed in three sections.

First, a theoretical framework regarding the concept of privacy is established that analyses the evolution of privacy with a focus on the architectural domain and concludes with an in-depth study of privacy in four works of literature that exemplify the peculiar absence of privacy in various ways.

A categorical approach is the second step in understanding privacy which results in an Encyclopedia of Privacy. This chapter acknowledges different modes of privacy by representing different elements that could construct a private state for human beings either physically, virtually, or fictionally.

Finally, two design proposals are offered as a final critical exercise to tackle the notion of privacy. The first design, The Frankenstein’s House, creates a superstructure of privacy, through storytelling, illustrations, and instrumentalizing the Encyclopedia of Privacy by translating it into its spatial manifestation. The second design, The Liquid House, addresses the liquid nature of privacy, ever-changing and evolving. Accordingly, a new mechanism is designed for the program of the private house that strives to remain relevant in response to privacy in times to come. While architecture may succeed in creating privacy in the physical realm albeit failing on a virtual scale, it could use its theoretical power to open up debates to address the topic of privacy. Architecture, therefore, can bring forth the privacy issues from a passive state into our awareness, demonstrate its value, and prevent its decay.

I am currently looking for different career opportunities. Architecture is a vast field and after my experience dealing with architecture from a theoretical perspective, I am weighing my options toward a more academic career. Meanwhile, I have been fortunate to collaborate with TU/e as a TA for a course that was one of the main reasons guiding me toward my graduation project.

I think what I hope to achieve is to be able to somehow find my place in the vast field of architecture, somewhere on the edge of theory, practice, and art. And be able to contribute to a kind of architecture that passes the borders of conventionality. A medium that can address ideas, issues, and daily human struggles. 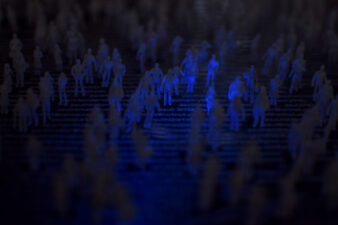 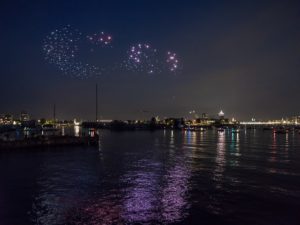