Stephanie Idongesit Ete (Academie van Bouwkunst Amsterdam) designed a culturally rich sculpture garden and museum for Calabar that taps into Calabar’s (Nigeria) identity. The new museum is a response to the existing museums that are relics of a colonial influence both in function and form and they fail to capture the essence of a locally distinctive cultural space.

The design proposal focuses on the subjects of public building and space, cultural heritage in the built environment, contemporary nigerian architecture and the decolonisation of museums and cultural spaces.

The work of Demas Nwoko, a patriarch of African Modernists architecture has been a well of knowledge and inspiration for me especially during my graduation project. He mastered the skill of weaving aspects of Nigerian culture, local material and climate influences to formulate the design of his projects.

I am also inspired by women in the profession such as Mariam Issoufou Kamara whose work is so tactile whilst simultaneously monumental and grande in gesture and scale. Tatiana Bilbao is another influence; I admire the way her office uses the tool of collage for concept, exploration, and final representation positioning their work as part of an unfolding story. And finally Lesley Lokko, I find her to be incredibly wise and perceptive and she is a vital thinker and voice in the discussion regarding the pedagogy of architecture and utilizing architecture as a tool for exploration, translation and storytelling.

State and (briefly) describe the key moment in your graduation project.

This has to be my trip to Calabar and my discovery of the Old Botanical Garden. I was fortunate to go on my research trip, just before the initial pandemic lockdowns in February 2020. Visiting Calabar I was greatly impressed with the cultural expression throughout the city but I initially could not find a location that responded to the themes I wanted to explore. I had seen the Botanical Gardens on the map, right in the centre of the city but I had been deterred from going there by local people and relatives who warned me that it was closed to public access; overgrown, abandoned and possibly home to nefarious actors. But I was determined to go regardless and see for myself. Indeed it was overgrown and not well maintained, but actually it was serving as the home for the Cross River Forestry Commission. They kindly gave me a tour round the site and told me briefly about the history and pointed me to sources from which I could learn more. Instantly, I was sold that it was the perfect location for my project with a layered history that could serve as the right canvas, upon which to build my project around.

Many of Calabar, Nigeria and the state of Cross River’s cultural heritage is falling into disrepair and the reasons for this are vast and nuanced. Meaning that the artefacts and objects both natural and built that exist and add to the identity of Calabar’s cultural space could disappear or become even more tenuous.

Simultaneously, vast collections of Calabarian art and culture are in Western museums, furthering the disconnection between Calabarians and their art and cultural heritage in museum spaces. The museums that are maintained in Calabar are relics of a colonial influence both in function and form but more importantly, they fail to capture the essence of a locally distinctive cultural space.

What would it mean, therefore, to imagine the culturally rich museum space that Calabar deserves and that taps into the 3 branches of Calabar’s identity: ethnic traditions, history & heritage and ecology, flora & fauna.

On the site of the historic Old Calabar Botanical Garden, in the heart of the city, The Calabar Sculpture Garden is designed as a rich, public garden and an ensemble of buildings and spaces that facilitate, overlay and integrate the diverse cultural expression found across the city and greater region, providing a dynamic form of musea, awaiting discovery. The new design of the garden applies the hierarchical rules of the traditional Ukara cloth, whilst its buildings transform and reinterpret the region’s vernacular architecture of the Efik courtyard/compound typology.

A natural home for the indigenous flora of the state, The Garden now additionally houses a collection of Cross River State’s sculptural works and artefacts as well as paying homage to the works of Calabarian art and heritage still in captivity. It will also house new offices, plant nurseries and teaching spaces for the Cross River State Forestry Commission. And most fundamentally, The Garden now becomes a key node in the cultural activities and tourist sites in the city.

I am working as an Architect for VE-R in Haarlem on projects that include the Msimbazi City Park in Tanzania as well as other projects in the Netherlands and across Sub-Saharan Africa. I am also working on an independent research project, “An Anthology of Collages from the Dakar-Lagos Corridor” in which I am exploring the tool of architecture collage to make studies, observations and concepts across four West African cities.

I want to continue working on projects in Sub Saharan Africa and being a well informed actor and designer in that space. I am also interested in bridging the knowledge gap and facilitating cultural architectural discourse between European countries like The Netherlands with different African countries as there is so much expertise to be shared in both directions. I am particularly engaged with exhibition design, public space and buildings such as musea, community forums, religious buildings etc, and so I hope that will be an area that I can further expand my expertise in. 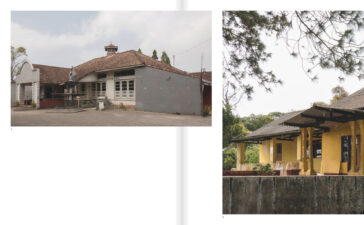 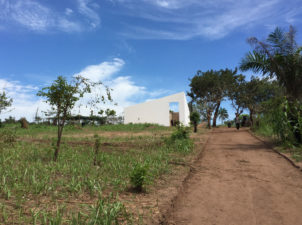 How to read OMA's White Cube, located in the interior of Congo? 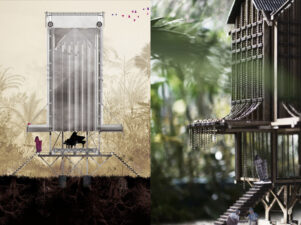 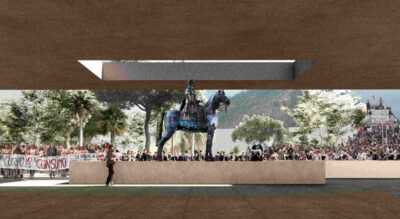