Bașak Günalp (TUDelft) designed the Modus Museum – An Interactive Museum Experience for the Tarwewijk in Rotterdam. Modus reimagines the model of the white museum box as an adaptable place that can be filled in and used in a multitude of ways. The proposal uses spontaneity as a tool to reinvent the generic design process by integrating public collaboration and everyday life as guiding principles.

I chose to work on a public building program which is my interest starting from my bachelor years, to investigate how human-centered public buildings actually are and what kind of a toolkit we should provide to public spaces and occurrences as architects in order to create a resilient effect. I focused on Rotterdam South aiming to re-wire the city and art. The project proposes a new type of museum which questions the relation between the product itself and the act of producing in an industrial context. Modus Museum therefore opens up the discussion on the role of human interaction and creativity regarding the top-down approach of musea and reminds us that a museum shouldn’t only focus on the product but should enhance the idea of production in order to provide collaboration and to revive the concept of art from being just a commodity.

During the first year of my masters, I took an elective course on Methods and Analysis. It was the first few months of the pandemic and as a group we were assigned to analyze a 35x35x35cm detail. It was a bricolage made by an anonymous maker and while analyzing, it brought up many questions on our virtual table. As a group, we enjoyed and explored so much about the toolbox of an architect, and the relation between the user and the maker. Analyzing spontaneity in a very organized way with polytechnic approaches, I wanted to explore more about how this idea can be reflected in a tangible way. The books Adhocism by Jencks, and Collage City by Rowe opened up new affordances in my thesis research, and during my ‘how to phase’, I found great joy especially while examining Fun Palace by Cedric Price and some local artists both from Turkey and the Netherlands to understand the art with a performative perspective.

My thesis year was an adventure itself with many discoveries and threshold moments however my key moment was definitely the first impromptu visit on the site without making any research on the project. I only knew the program of the project and the site and my aim was to observe the site and gather data beforehand. However, when I arrived I realized that the site had its peculiar characteristics when it is compared with the rest of Rotterdam. The graffiti, the industrial context on one side, the residential on the other, the city market, spontaneous solutions and interventions the locals had in front of their living spaces… Therefore instead of gathering data for access points, public transportation zones, I found myself both enjoying and tracing the quotidian and spontaneous acts of the neighborhood. For the first time, I was not ignoring the banality or spontaneity in order to look for something but that spontaneity was what I was looking for. As Georges Perec reminds us in Species of Spaces and Other Pieces: ‘What speaks to us, seemingly, is always the big event, the untoward, the extra-ordinary: the front-page splash, the banner headlines….Behind the event there is a scandal, a fissure, a danger, as if life reveals itself only by way of the spectacular, as if what speaks, what is significant, is always abnormal. [But] how should we take account of, question, describe what happens everyday and recurs everyday: the banal, the quotidian, the obvious, the common, the ordinary, the infra-ordinary, the background noise, the habitual? (209-210)’

MODUS Museum becomes an opportunity to question the tools of an architect, especially when designing a program based on human interaction and creativity. The research and design benefits from a polytechnic approach which uses multiplicity of techniques and tools. In that sense, MODUS Museum becomes an open ended starting point of a new type of museum which doesn’t only focus on the product but enhances the idea of production in order to provide integrity of the people and reviving the concept of art from being just a commodity.

Art nowadays is perceived as a commodity rather than being a muse or a manifestation to the people. This also reflects on the perception of the hierarchy of the spaces. When one thinks about a museum, a clean polished white box is the image that comes to mind immediately. However, the white box idea generally hinders interactions and encounters, keeping the perceiver mute and intimidated and the artwork becomes just a product.

The new museum that is proposed is in Tarwewijk Rotterdam South, in one of the oldest settlements of Rotterdam. On an analytical perspective, Tarwewijk is a mobile district with strong infrastructural connections regarding whole Rotterdam. However, there is still a mental border between north and south coming from the past. This mental border reflects on the perception of art in Tarwewijk, resulting in alienation from producing art and lack of empathy towards art and the artist. The MODUS Museum aims to adopt the industrial characteristics of the Rotterdam ports while integrating public life and the quotidian patterns to the museum. The design draws upon a spontaneous world and relies on the ad-hoc elements which constitute the museum to allow the participant to detect the context and the sense of collaborating. Through a flexible and a mobile design with the prostheses, the museum can be continuously transformed and reconfigured to accommodate variety of modes of productions and events. The project starts with the question: “To what extent can spontaneity be a tool for an architect to reinvent the generic design process by integrating public collaboration and everyday life instead of being totally in control and how this can be reflected on the “new museum”?”

the art catalogue
the cookbook

What are you doing now?
Right now, I am working at MVRDV as a junior designer where we create social, innovative, realistic, green, remarkable architecture for a changing world. Working in MVRDV gives me a chance to experience how creative multidisciplinary architecture comes to life. At the same time I am working as a content editor for an Istanbul based magazine, Studio Mercado, where we try to bring fresh and innovative multidisciplinary ideas in arts and architecture together to spread it all along Turkey.

What hope / do you want to achieve as a designer in the near and / or the distant future?
Besides becoming an architect in the Netherlands, I would like to continue working on discovering how as architects we can create effective and social public spaces regarding the context and human behavior on ‘sense of belonging’. I believe public spaces are the catalysts of the community and the urban fabric therefore both in near and the distant future I wish to see and analyze how diverse yet inclusive and meaningful encounters and scenarios take place around the spaces we create. 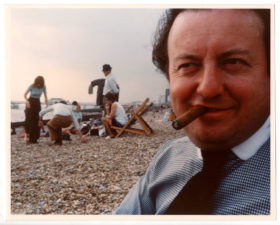 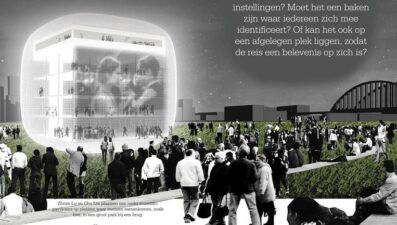 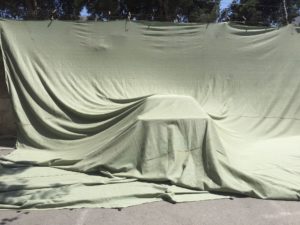 The meaning of the museum, or how a PhD scholar works today 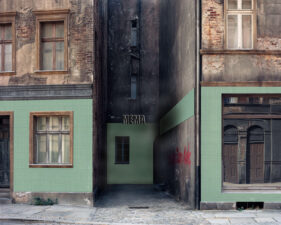