Even though women account for almost half of India’s population, they are still considered vulnerable and  marginalised. Divya Gunnam (TUDelft) explored the spatial dimensions of this inequality that results in economic marginalisation and socio-spatial segregation in her project Loiter City – Spatial Strategies to redefine a woman’s place in a public realm.

This project, for me, is a way to identify where and how my field of expertise can tackle the obstacles faced by women from the lens of socio-spatial justice and better their relationship with the outdoors. I want to study the complex nature of these interdependencies to facilitate the creation of public spaces that are truly public and just and inclusive of all citizens. The project is an attempt to break the barriers that keep women subdued and their dreams unrealised.

As an urban planner, I wanted to understand the discourses behind this contentious relationships and identify why the outdoors or the public realm is painted as the ‘big bad’. I want to explore the systemic discriminatory practices in the urban design discipline that need to be challenged.

What or who are your sources of inspiration, and can you briefly explain this?

Jane Jacobs and her fight for just planning practices and citizen engagement is very inspirational to me. I also take a lot of inspiration from local communities, and indigenous practices and try to learn from them. In the fight against climate change, these communities are often forgotten but it is imperative to work with them if true change is to be achieved.

A key moment occurred when I spent three months in Bengaluru, India, doing fieldwork. Interacting with the local women and seeing the repercussions of ignoring the needs of these vulnerable groups was eye-opening. Speaking to them also shed light on how uniquely they perceive inequalities and discrimination. I could also discover how the economic disadvantages suffered by these communities added another layer to their vulnerabilities in accessing their neighbourhoods. The scope of the project was then expanded to look at the intersection of economic backgrounds and gender. The Matrix of domination was used to research this asymmetrical power imbalance and was a valuable addition to the overall project.

‘Loiter City’ explores the spatial dimension of gender inequalities that result in women’s economic marginalisation and socio-spatial segregation in a patriarchal country like India. This project aims to understand culturally constructed social structures, behaviour patterns, relationships between people and the built environment. It examines socio-spatial justice through gender-sensitive city planning and by giving agency and ownership to women towards the cities they inhabit.

“Representation of the world, like the world itself, is the work of men; they describe it from their own point of view, which they confuse with the absolute truth.” – Simone de Beauvoir

‘Loiter city’ deals with the inequalities between gender and focuses on the spatial dimension of this inequality trying to locate socio-spatial justice from an Indian perspective. Women have difficulty fostering an amicable relationship with the public realm, predominantly created by and for men. Even with the recent cultural shift where more women are stepping out of their homes for education and employment, the city is not readily inclusive or accommodative to their needs. They are met with hostility, violence and an exclusionary environment. The current planning system provides a ‘spatial mirror’ to the power relations in the society. It controls the space and restricts the well-being of women. Spatially, unsafe pedestrian networks, non-inclusive neighbourhoods and lack of integrated mobility have exacerbated their grievances in public spaces.

To that end, the graduation project addresses women’s vulnerabilities through the lens of citizenship rights and socio-spatial justice. It tackles the notions of gendered exclusions and explores various discourses around citizenship and what it means for women to have the same legitimacy as men in the public realm. The project proposes operational, policy and spatial frameworks to create safer, inclusive and accessible spaces.

Gender Mainstreaming is adopted as the main strategy to facilitate institutional change to tackle the systemic socio-cultural and political resistance. Along with spatial interventions, an element like ‘Gender Lab’ is proposed to sustain change in the long run. It is a self-sustaining body of stakeholder cooperation and collaboration in a constant dialogue to create just planning and design interventions at various scales of city planning. This body helps in bridging the knowledge and incentive gaps through alternative collaborative governance models. Women-led grassroots movements would be formalised within policymaking to boost women’s participation in planning processes and influence important decisions that affect their lives. By imagining women as the main drivers of change, the project facilitates uninhibited agency and ownership and creates platforms for their active participation in the co-creation of a city.

I am currently working as a junior planner within the climate team at ONE architecture & Urbanism in Amsterdam, Netherlands.

The firm contributes to the development of complex planning processes with several actors internationally in which nature-inclusive urbanization and long-term challenges are central. I work on multi-scalar projects from greening neighborhoods to providing future climate proof strategies for the province of North Holland.

My interest lies in the intersection of planning, spatial justice, and Climate-proof Urbanism. Representing marginalised voices through planning is essential for me. I am passionate about working on Sustainability, Citizen Engagement and Participation. I want to advocate for transparent decision-making, governance and administrative processes behind complex transitions. As a planner, I believe that achieving systemic change and just transitions are only possible through extensive collaborations, knowledge transfer, just assimilation of ideas and having an open and transparent dialogue. 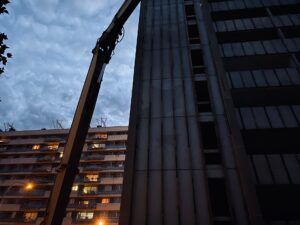 Epistemic Justice in the Design Process

Is Design Ethics?’, Luce Beeckmans expresses the need to bring more justice into the design process, by making urban diversity the subject of the design challenge. 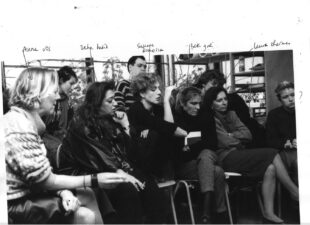 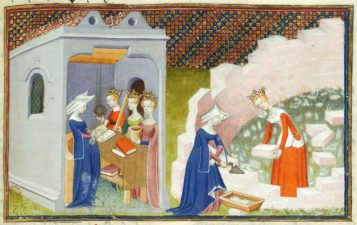